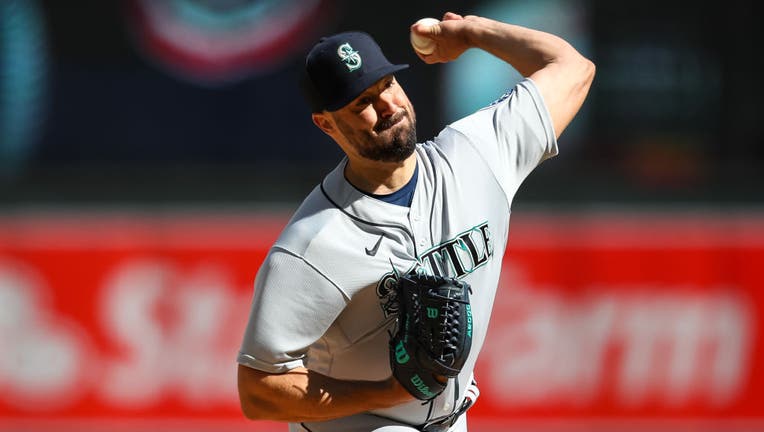 MINNEAPOLIS, MN - APRIL 08: Robbie Ray #38 of the Seattle Mariners delivers a pitch against the Minnesota Twins in the first inning on Opening Day at Target Field on April 8, 2022 in Minneapolis, Minnesota. (Photo by David Berding/Getty Images)

Mitch Haniger homered and the Mariners opened with a 2-1 win over the Minnesota Twins. Ray surrendered just three hits, walked four and struck out five. He made the opening day start after leaving Toronto and signing a five-year, $115 million contract with Seattle.

Drew Steckenrider allowed a leadoff hit in the ninth but secured the save after Gary Sánchez hit a towering flyball to the wall. Haniger connected for a two-run homer in the first inning off rookie Joe Ryan.