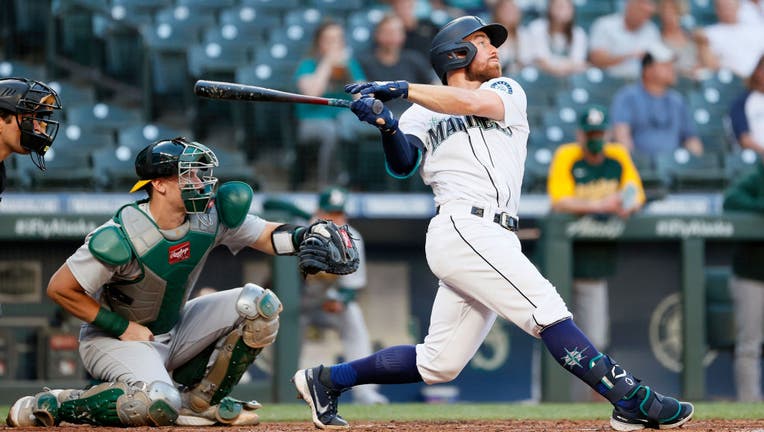 SEATTLE, WASHINGTON - JUNE 01: Donovan Walton #31 of the Seattle Mariners at bat against the Oakland Athletics at T-Mobile Park on June 01, 2021 in Seattle, Washington. (Photo by Steph Chambers/Getty Images)

Walton, 27, had played parts of the last four years with the Mariners as he appeared in 37 career games for Seattle. Walton has a career .196 batting average with two home runs, three doubles, a triple, eight walks, and 25 strikeouts.

Berroa originally signed with the Minnesota Twins as an amateur free agent out of the Dominican Republic on July 2, 2016. He was traded by Minnesota, along with minor leaguers Jaylin Davis and Kai-Wei Teng, in exchange for RHP Sam Dyson on July 31, 2019.

The Mariners now have an opening on their 40-man roster with Walton's departure.