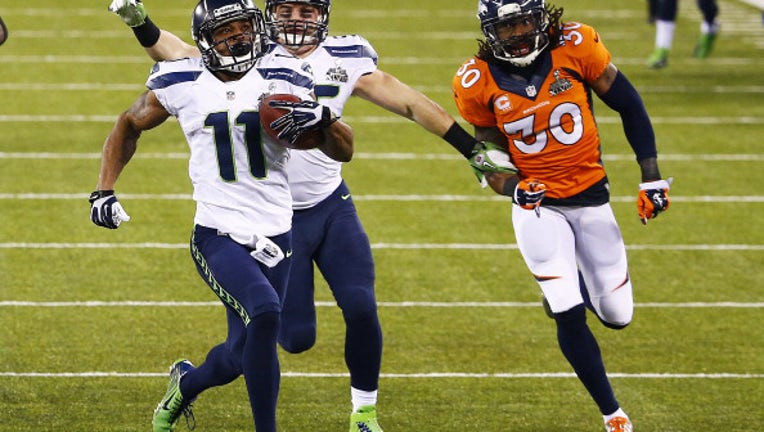 Wide receiver Percy Harvin #11 of the Seattle Seahawks returns the second half kickoff for 87 yards during the Pepsi Super Bowl XLVIII Halftime Show at MetLife Stadium against the Denver Broncos on February 2, 2014 in East Rutherford, New Jersey. (Ph

SEATTLE -- Must be that 12s love Twitter. Or that everyone across the country can recognize a dominant run when they see it.

Percy Harvin's kick return touchdown in the second half of Super Bowl XLVIII was the most tweeted about moment in American sports this year, SI.com reports.

According to SI, the return from Harvin generated 381,605 tweets per minute, quite a bit more than the 75,000 that Clint Dempsey's goal against Portugal got during the World Cup.

Overall, though, the World Cup was by far the most tweeted sports event worldwide, SI reported. The event garnered more than 672 million tweets sent over the course of the month-long tournament. It was also the most noted global topic on Facebook.

Finally, Pacers forward Paul George's tweet after a horrific injury earlier this year was the most retweeted post by an American athlete.