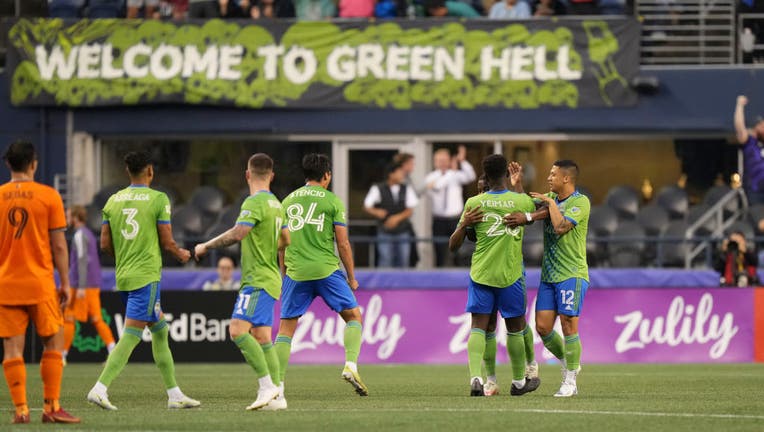 SEATTLE, WA - SEPTEMBER 04: Sounders players celebrate a second half Seattle goal during an MLS game between the Houston Dynamo and Seattle Sounders on September 4, 2022 at Lumen Field in Seattle, WA. (Photo by Jeff Halstead/Icon Sportswire via Getty

SEATTLE - Fredy Montero scored the deciding goal in a 2-1 win for the Seattle Sounders over the Houston Dynamo on Sunday.

Montero’s game-winner came in the 76th minute, with an assist from Nouhou Tolo.

The Sounders outshot the Dynamo 15-3. Both teams had three shots on goal.

Stefan Frei saved two shots for the Sounders and Steve Clark saved one shot for the Dynamo.

Both teams play on Saturday, with the Sounders hosting Austin and the Dynamo hosting Sporting Kansas City.