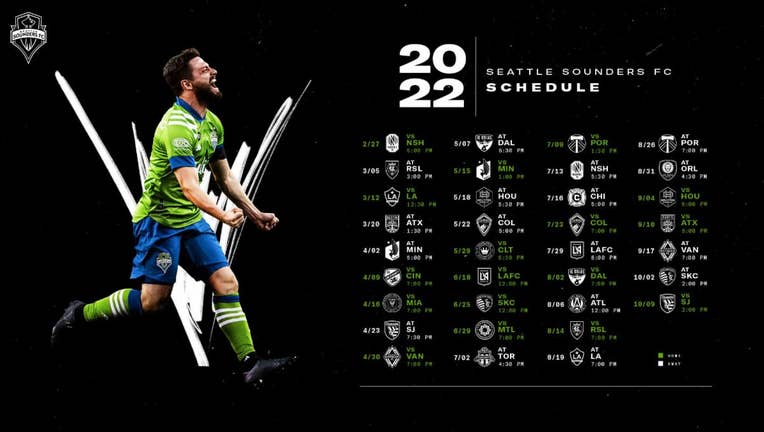 Thirteen matches will be nationally televised on the networks of FOX and ESPN. The remaining matches will air on FOX 13+, official TV partner of Sounders FC.

Cascadia Cup matches will take place against the Portland Timbers on July 9 and Aug. 26, and against the Vancouver Whitecaps FC on April 30 and Sept. 17.

Six of Seattle's first 11 matches will be at home at Lumen Field.

The Sounders have a month-long home stretch with four matches in a row starting with the expansion Charlotte FC on May 29, airing on FS1. CF Montreal visits Seattle for the first time in more than four years to close the home stretch on June 29.

You can see the full schedule here.

FIFA and Concacaf representatives are in Seattle visiting to see if the city could potentially host games for the World Cup in 2026.