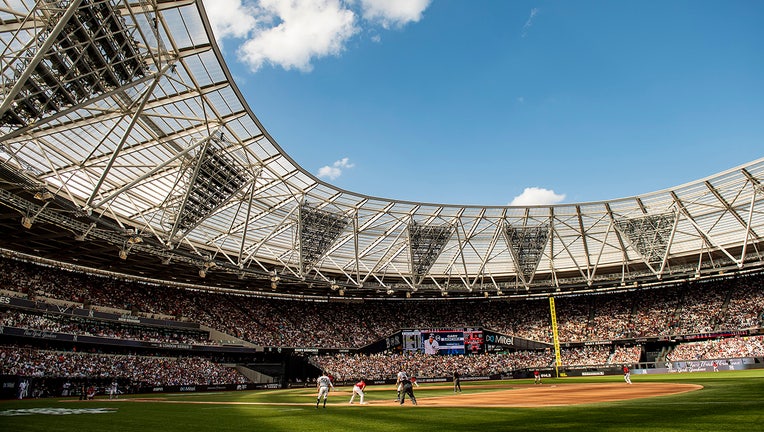 A general view during game two of the 2019 Major League Baseball London Series between the Boston Red Sox and the New York Yankees on June 30, 2019 at West Ham London Stadium in London, England. (Photo by Billie Weiss/Boston Red Sox/Getty Images)

The New York Yankees and Boston Red Sox split two games at London's Olympic Stadium in June 2019. The St. Louis Cardinals and Chicago Cubs were scheduled to play there on June 13-14, 2020, but those games were canceled because of the coronavirus pandemic.

The Cardinals and Cubs are the leading candidates to play in London next year.

Baseball Commissioner Rob Manfred and London Mayor Sadiq Khan announced the formation of the MLB London Legacy Group on Monday that will include members from the Greater London Authority and Baseball Softball UK.