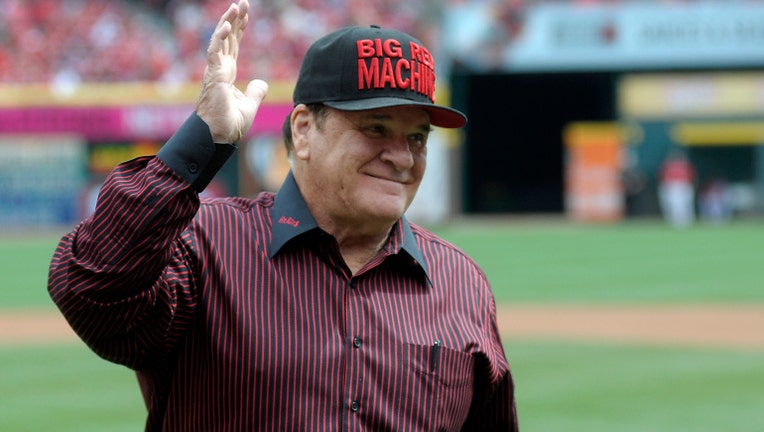 Pete Rose acknowledges the crowd during a ceremony at Great American Ball Park on September 12, 2015 in Cincinnati, Ohio. (Photo by Dylan Buell/Getty Images)

CINCINNATI (AP) — Baseball Commissioner Rob Manfred has rejected Pete Rose's plea for reinstatement, citing his continued gambling and evidence that he bet on games when he was playing for the Cincinnati Reds.

Manfred says it's an unacceptable risk to reinstate Rose under those circumstances.

The commissioner says that Rose's standing with baseball's Hall of Fame is a separate matter. He's currently ineligible to be considered for the ballot.