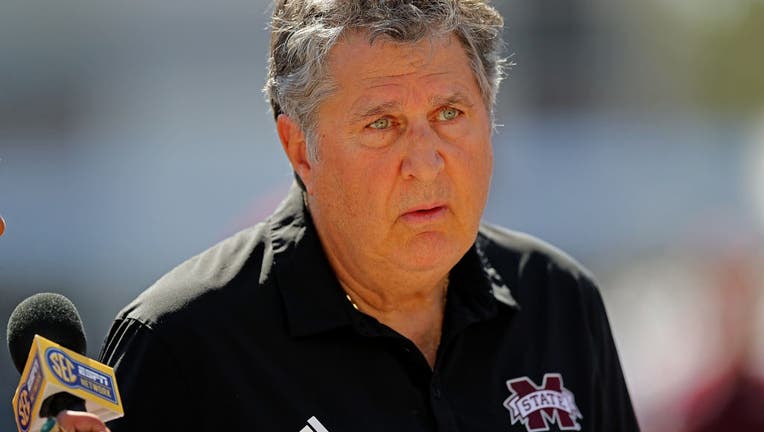 Head coach Mike Leach of the Mississippi State Bulldogs looks on during the game against the Arkansas Razorbacks at Davis Wade Stadium on October 08, 2022 in Starkville, Mississippi. (Photo by Justin Ford/Getty Images)

Current Mississippi State football coach and former Washington State University coach Mike Leach was hospitalized in critical condition Monday, the day after what the university called "a personal health issue" at his home in Starkville forced him to be airlifted to a medical facility in Jackson.

Leach was admitted Sunday to the University of Mississippi Medical Center, about 125 miles from the Mississippi State campus.

UMMC spokesman Marc Rolph said Monday in a text message to AP that Leach’s condition was listed in critical condition. The 61-year-old Leach was initially treated at Oktibbeha County Hospital in Starkville, the university said.

Leach is in his third season at Mississippi State, with a 19-17 record. He acknowledged a bout with pneumonia late in the season that was causing a persistent cough, but it was unclear whether his recent illness was related to this latest ailment.

The school said Sunday it would have no further comment on Leach’s condition, adding "that the thoughts and prayers of the university are with Mike and (wife) Sharon and their family."

On Monday, the school put out another statement, saying that Coach Leach ‘s family "is with him and appreciates the overwhelming expressions of love and support for the coach, but also requests that their family’s privacy be respected at this time."

Messages of concern and support for Leach poured over social media from former players, and colleagues and rivals across college football.

"Our thoughts and prayers are with Mike Leach, his wife Sharon, their family and the doctors treating him," Alabama coach Nick Saban said in a statement. "Mike’s infectious personality and passion for the game have impacted the sport in so many positive ways during his career."

Leach, known for his prolific Air Raid offenses, is 158-107 in 21 seasons as a head coach at Texas Tech, Washington State and Mississippi State.

The football coach who put the Bremerton School District in the spotlight for taking his fight all the way to the United States Supreme Court wrote an op-ed. He claims his former employer is dragging its feet to reinstate him, but the district claims Kennedy i's the one who is not playing ball.

Leach began coaching the Cougs in 2012 and started his career at Mississippi in 2020. Leach has guided WSU to five bowl appearances in his first seven years, including each of his last four years, a program first.