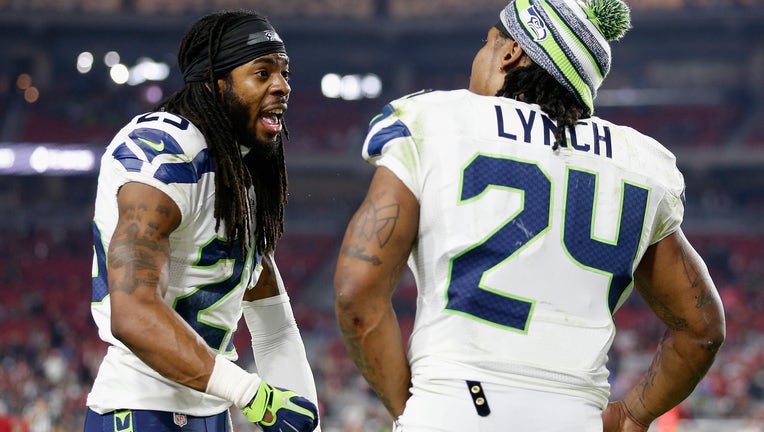 GLENDALE, AZ - DECEMBER 21: Cornerback Richard Sherman #25 (L) of the Seattle Seahawks talks with running back Marshawn Lynch #24 during the NFL game against the Arizona Cardinals at the University of Phoenix Stadium on December 21, 2014 in Glendale,

The latest football spinoff league kicked off this weekend with a unique twist - and Seahawks legends Marshawn Lynch and Richard Sherman on board as owners.

Fan Controlled Football is an indoor league that allows fans to help name teams, make team decisions and even call plays during games. It's a 7-vs-7 style of football played on a 35-yard x 50-yard field with 10-yard end zones.

Those who tuned in to the league's lauch got an extra special treat with Lynch serving as a commentator - and possibly a future player. (Warning: foul language in tweet below)

The league’s premiere season will feature four teams playing for six weeks. The games are streamed on Twitch.

Other owners of the league include Quavo of the hip hop group Migos and boxing giant Mike Tyson, among others.