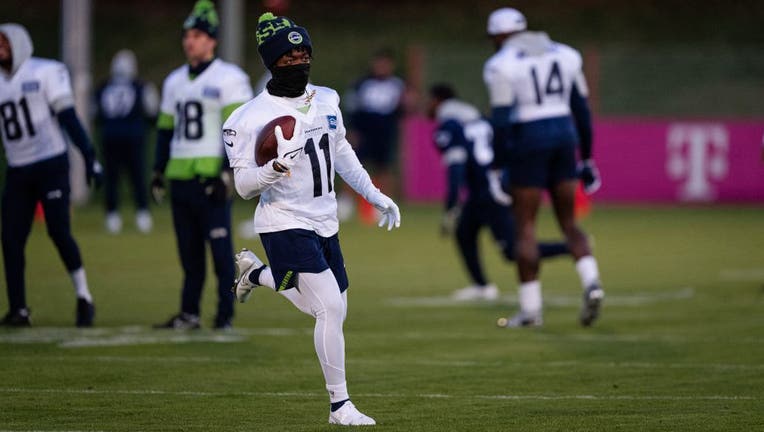 Seattle Seahawks wide receiver Marquise Goodwin is expected to play against the Tampa Bay Buccaneers on Sunday despite being listed as questionable with a groin injury.

"Marquise did well today, and today was an important day," head coach Pete Carroll told reporters. "It'll be interesting to see how he responds tomorrow—this was his hardest day of the week—and see if he's OK coming out of it. But it looks good and we're anticipating that he's going to play."

Goodwin returned to full participation in practice on Friday with the team in Munich, Germany after being limited the previous two days. He missed last week's game against the Arizona Cardinals due to the injury.

Linebacker Cullen Gillaspia is the only other player on the injury report for Seattle. He's been ruled out due to a knee injury sustained last week in Arizona. The injury will require surgery and Gillaspia will likely be moved to injured reserve.

Defensive end Shelby Harris missed practice on Friday due to an illness, but is expected to play on Sunday.

Linebacker Darrell Taylor is set to return to action after effectively missing the last two games due to a groin injury. Taylor played just three snaps against the New York Giants two weeks ago as the injury wasn't allowing him to perform to the required level. He was inactive for the Cardinals game last week.

"Did really well. He practiced the last couple of days, it looks like he's ready to go," Carroll said of Taylor.

Safety Ryan Neal had also been limited during the week of practice, but Carroll said he's ready to play on Sunday.