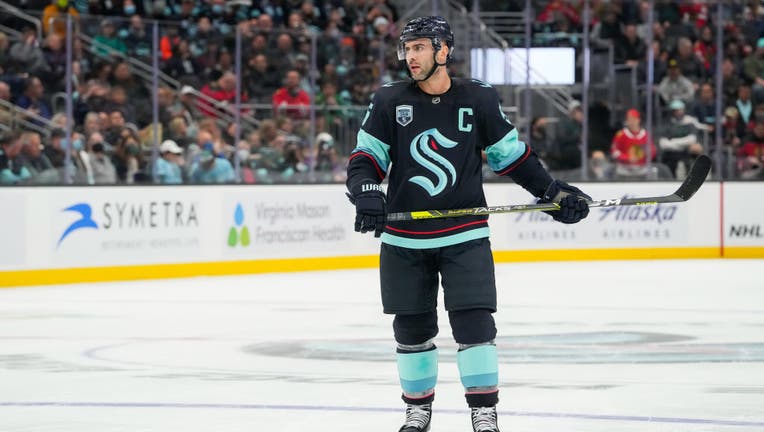 SEATTLE, WASHINGTON - NOVEMBER 17: Mark Giordano #5 of the Seattle Kraken waits for a face-off during the third period of a game between the Chicago Blackhawks and the Seattle Kraken at Climate Pledge Arena on November 17, 2021 in Seattle, Washington

Giordano tested positive on Nov. 26 as Seattle was beginning a road trip at Tampa Bay. The team underwent testing that morning and Giordano’s initial test, along with a couple of follow up tests, all came back positive.

Giordano said he had a little bit of congestion and lost his sense of taste for a short time, but that was about the extent of his symptoms while stuck in the hotel. Giordano said his taste is already starting to come back.

"I felt pretty normal as the week went on especially, and didn’t really have any symptoms that I would consider or call bad," Giordano said.

Seattle’s 38-year-old captain arrived back in Seattle on Monday and rejoined the team Tuesday following one of its poorest performances of the season in a 6-1 loss to Pittsburgh.