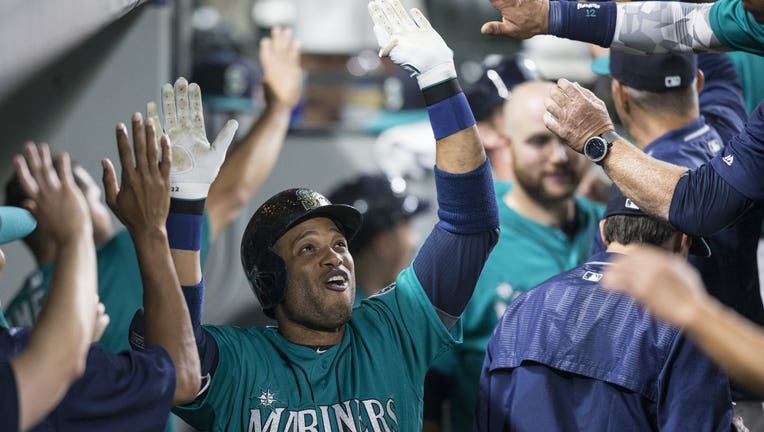 SEATTLE (AP) — Kyle Seager got Seattle started with a solo home run, and Robinson Cano added a two-run shot, and the Mariners continued their surge at home with a 7-6 victory over the Milwaukee Brewers on Friday night.


The Mariners won their seventh straight at Safeco Field, ignited by Seager's 23rd home run of the season and Cano's 28th.

Adam Lind added a solo home run in the eighth inning and Seattle also got RBI hits from Stefan Romero, Nelson Cruz and Ketel Marte as it pulled within two games of Baltimore for the second wild card in the American League.

Ryan Braun had a two-out, two-run single in the ninth off Seattle closer Edwin Diaz to pull the Brewers within 7-6 after Diaz walked the bases loaded. But Diaz struck out Hernan Perez to close out his ninth save with the tying run at third.