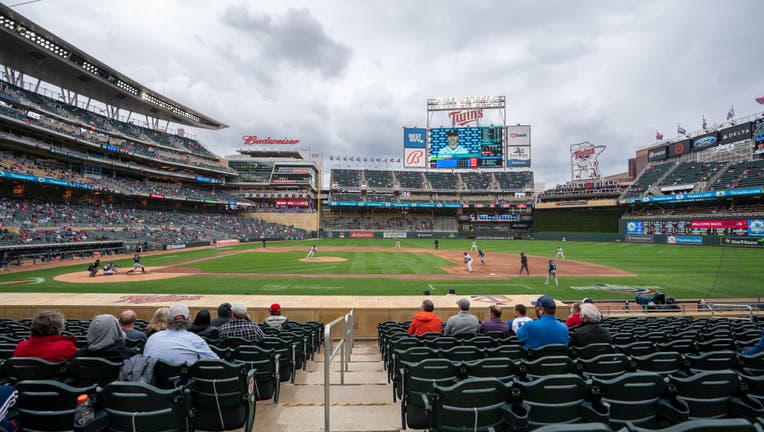 MINNEAPOLIS, MN - APRIL 08: A general view of Target Field during the game between the Seattle Mariners and the Minnesota Twins at Target Field on Thursday, April 8, 2021 in Minneapolis, Minnesota. (Photo by Jordan Johnson/MLB Photos via Getty Images

MINNEAPOLIS - The Seattle Mariners’ first game of the 2022 MLB season against the Minnesota Twins has been pushed back due to forecasted inclement weather in Minneapolis.

The Opening Day game was scheduled for Thursday at Target Field but has been postponed to Friday.

Minneapolis is expected to get possible rain-snow mix and cold temperatures on Thursday.

The four-game season-opening series will run Friday to Monday , followed by three games in Chicago.

With a handful of roster moves on Tuesday, the Seattle Mariners have effectively set their roster for this Thursday's Opening Day against the Minnesota Twins.