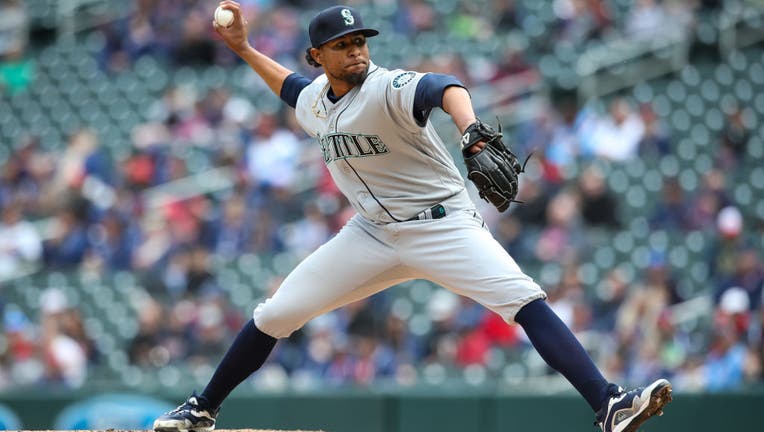 MINNEAPOLIS, MN - APRIL 10: Yohan Ramirez #55 of the Seattle Mariners delivers a pitch against the Minnesota Twins in the sixth inning of the game at Target Field on April 10, 2022 in Minneapolis, Minnesota. The Twins defeated the Mariners 10-4. (Pho

The Seattle Mariners have traded right-handed pitcher Yohan Ramirez to the Cleveland Guardians in exchange for cash considerations.

Ramirez, 27, was designated for assignment by the Mariners on Friday as a part of eight roster moves that included the demotion of outfielder Jarred Kelenic to Triple-A Tacoma.

Ramirez has pitched in parts of three seasons with the Mariners. He's posted a 2–3 record with five saves and a 3.97 ERA with 38 walks and 71 strikeouts in 56 ⅔ innings pitched over 48 appearances.

Ramirez was optioned to Tacoma on April 28 when right-handed pitchers Penn Murfee and Wyatt Milles were promoted to the Major League roster. He appeared in seven games for the Mariners this season, allowing seven runs with three home runs allowed and 10 stirkeouts with six walks in 8 ⅓ innings pitched.

The Seattle Mariners have demoted outfielder Jarred Kelenic to Triple-A Tacoma and promoted Steven Souza Jr. as part of eight roster moves ahead of this weekend's series with the New York Mets.