SEATTLE -- The Seattle Mariners are commemorating the team's 40th anniversary next season.

The team announced Tuesday two new logos created for the occasion: one primarily in navy and a second in royal blue and gold, the team's current Sunday alternate uniforms.

The logo features the Seattle skyline and Mt. Rainier with the Mariners' nautical compass logo superimposed on the number 40. It will also appear on the outer wall at Safeco Field. 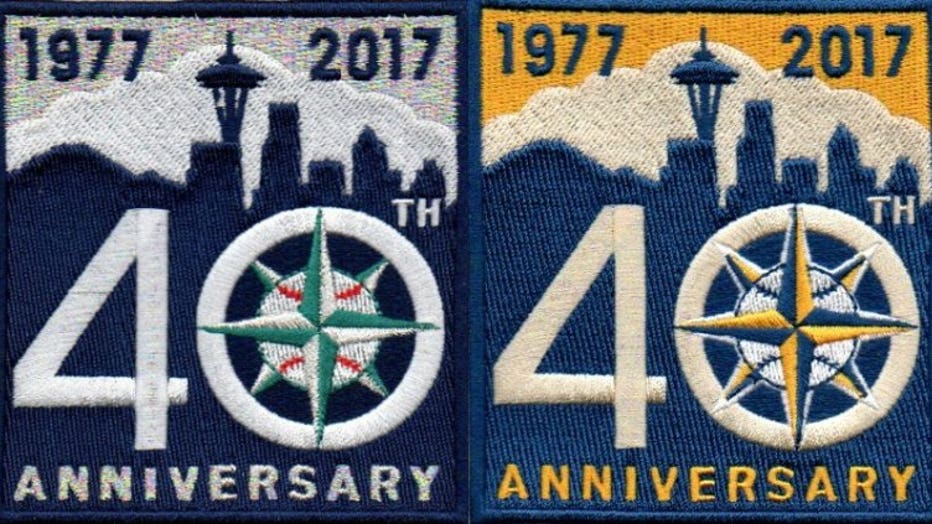