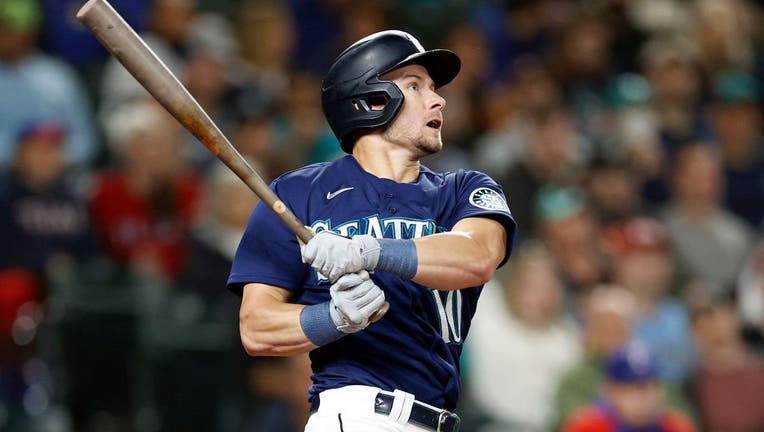 SEATTLE, WASHINGTON - SEPTEMBER 29: Jarred Kelenic #10 of the Seattle Mariners watches his home run during the sixth inning against the Texas Rangers at T-Mobile Park on September 29, 2022 in Seattle, Washington. (Photo by Steph Chambers/Getty Images

SEATTLE - The Seattle Mariners host the Oakland Athletics to start a three-game series on Friday.

Friday’s game is the 17th time these teams square off this season. The Mariners are up 9-7 in the season series.

Mariners: Ty France has 26 doubles, a triple and 20 home runs for the Mariners. Mitch Haniger is 9-for-37 with a double over the past 10 games.

Oakland: Seth Brown leads Oakland with 25 home runs while slugging .450. Conner Capel is 11-for-25 with two home runs and eight RBI over the past 10 games.

RELATED: Mariners another step closer to playoffs after Orioles' loss to Red Sox