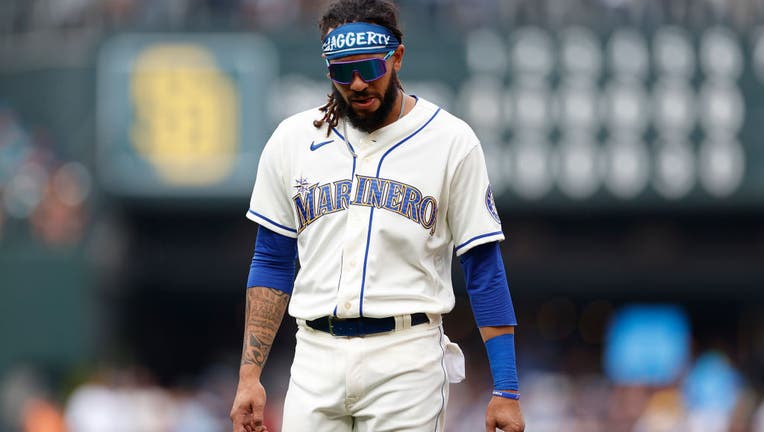 SEATTLE, WASHINGTON - SEPTEMBER 14: J.P. Crawford #3 of the Seattle Mariners looks on during the sixth inning against the San Diego Padres at T-Mobile Park on September 14, 2022 in Seattle, Washington. (Photo by Steph Chambers/Getty Images)

SEATTLE - The Seattle Mariners will try to keep a six-game road win streak going when they visit the Los Angeles Angels Friday night.

The matchup Friday is the 16th time these teams match up this season. The Mariners have an 8-7 advantage in the season series.

Friday's game will be played at Anaheim, the first pitch will be thrown at 6:38 p.m. PT.

A New York Yankees fan has gone viral after the way he pronounced "The Seattle Mariners". This, of course, happened after the Mariners defeated the Yankees earlier this week.