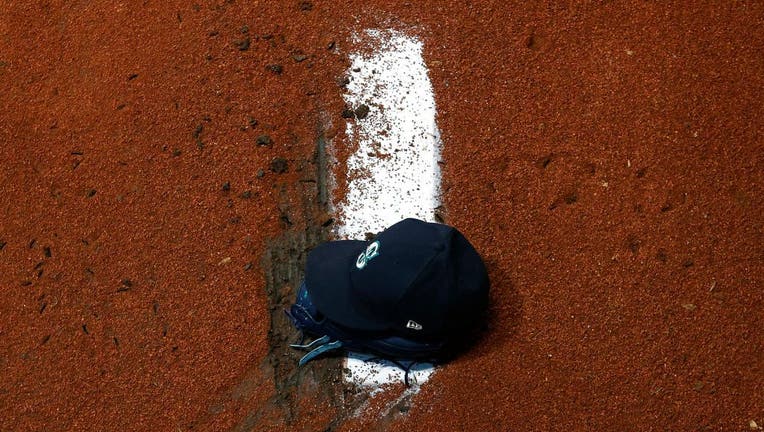 SEATTLE, WASHINGTON - MAY 05: The hat and glove of Robbie Ray #38 of the Seattle Mariners are seen in the bullpen before the game against the Tampa Bay Rays at T-Mobile Park on May 05, 2022 in Seattle, Washington. (Photo by Steph Chambers/Getty Image

The Seattle Mariners selected right-handed pitcher Chris Clarke from the Chicago Cubs organization in the Rule 5 Draft on Wednesday.

Clarke, 24, a fourth-round pick of the Cubs in the 2019 MLB Draft out of USC, appeared in 26 games last season at the High-A and Double-A levels. In 20 games for the Tennessee Smokies of the Double-A Southern League, Clarke made 17 starts with a 7-5 record and a 4.93 ERA with 20 walks and 87 strikeouts in 96 ⅔ innings pitched.

The Rule 5 Draft is a mechanism that allows minor league players stuck behind established major-leaguers in their organization a chance to find an opportunity with a new team. Any player picked in the major league portion of the Rule 5 Draft must be a part of the team's MLB roster the entirety of the following season or he is returned to the organization from which he was drafted.

Here's the full list of conditions placed upon a Rule 5 selection:

A player selected in the Major League phase of the Rule 5 Draft must be kept on the Major League 26-man roster of the drafting team for the entirety of next season, and the selected player must remain active (not on the Injured List) for a minimum of 90 days. If the selecting team wishes to remove the Rule 5 pick from the 26-man roster, the player must first be placed on waivers. If he clears waivers, he must then be offered back to his original team. If the original team declines his return, then he may be optioned to the minors.

With a starting rotation mostly set and little chance of breaking into the Mariners' pitching staff as a starter, Seattle is likely viewing Clarke as a relief pitcher heading into spring training.

The Mariners have also signed former Kansas City Royals right-handed Trevor Gott this offseason as they search for a bullpen replacement for Erik Swanson, who was traded to the Toronto Blue Jays in the deal that brought outfielder Teoscar Hernández to Seattle.