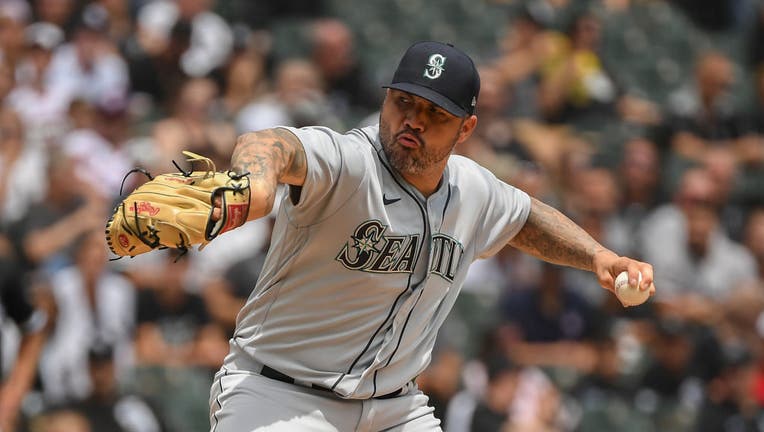 CHICAGO, ILLINOIS - JUNE 27: Hector Santiago #57 of the Seattle Mariners pitches in the third inning against the Chicago White Sox at Guaranteed Rate Field on June 27, 2021 in Chicago, Illinois. Today's game is a continuation from yesterday, which wa

Michael Hill, the former Marlins general manager who is senior vice president for on-field operations, announced the penalty two days after Santiago was ejected from a game at the Chicago White Sox. Santiago also was fined.

He appealed the decision to MLB special adviser John McHale Jr., and the suspension will be delayed until the appeal is decided.

Santiago, a 33-year-old left-hander, is in his 10th major league season, his first with the Mariners.

Under a crackdown that started June 21, Santiago was checked by umpires as he exited in the fifth inning.

Crew chief Tom Hallion said then that Santiago was ejected for "having a foreign substance that was sticky on the inside palm of his glove." The pitcher said what the umpires found was a combination of rosin and sweat.

Santiago started this season at Triple-A and made his big league season debut with the Mariners on June 1. He is 1-1 with a 2.65 ERA in nine games.