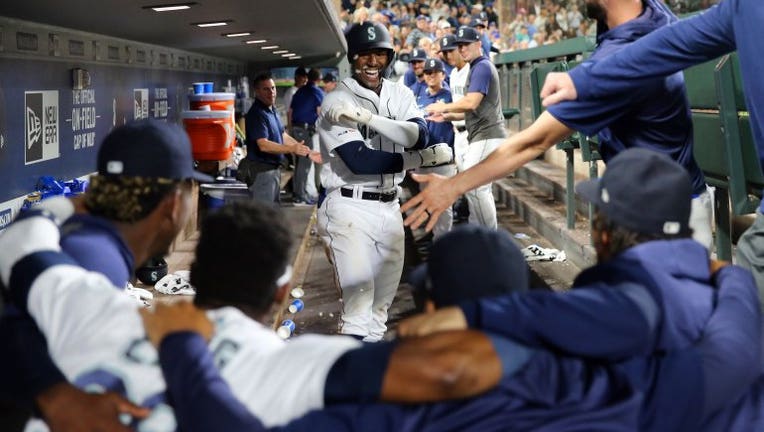 SEATTLE, WASHINGTON - SEPTEMBER 12: Kyle Lewis #30 of the Seattle Mariners celebrates in the dugout after hitting a solo home run against the Cincinnati Reds in the fifth inning during their game at T-Mobile Park on September 12, 2019 in Seattle, Was

Lewis joined Trevor Story as the only players to accomplish the feat. Story connected in his first four games — totaling six homers in that span — for Colorado in 2016.

Lewis hit a solo drive in the fifth inning Thursday night against Cincinnati. He doubled and singled earlier in the game.

Called up Tuesday from Double-A Arkansas, Lewis got his first career hit that night when homered in the fifth inning for Seattle's first hit against the Reds' Trevor Bauer. On Wednesday, he homered in the seventh to end Sonny Gray's no-hit bid.