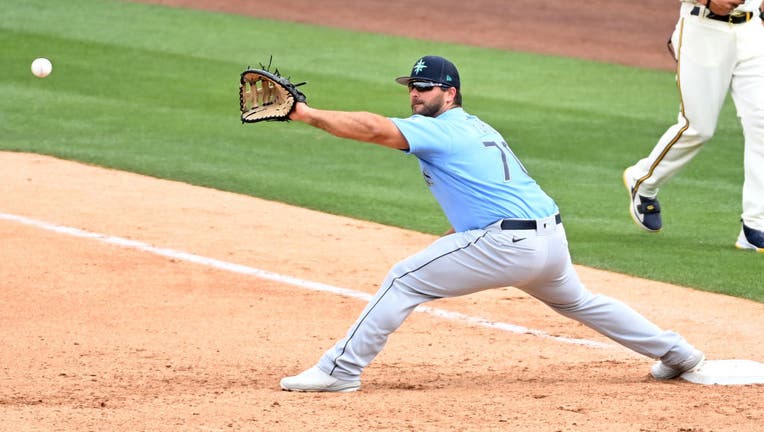 PHOENIX, ARIZONA - MARCH 26: Mike Ford #70 of the Seattle Mariners catches a throw while covering first base against the Milwaukee Brewers during a spring training game at American Family Fields of Phoenix on March 26, 2022 in Phoenix, Arizona. (Phot

The Seattle Mariners have brought infielder Mike Ford back to the team in a trade with the San Francisco Giants for cash considerations.

Ford was with the Mariners in spring training and was on the roster for a game in April as the team was dealing with COVID-19 absences. Ford was designated for assignment by Seattle on April 25 and traded to the Giants for cash considerations on April 30.

Ford filled the same purpose with the Giants as they dealt with COVID-19 absences.

The Giants acquired utility player Donovan Walton from the Mariners in a trade on Wednesday. Ford was designated for assignment by San Francisco to open a roster spot for Walton's addition.

Ford had appeared in 101 career games with the New York Yankees prior to signing a minor league deal with the Mariners in March. He's a career .199 hitter with 17 home runs, 11 doubles, 43 RBI, 35 walks and 67 strikeouts.