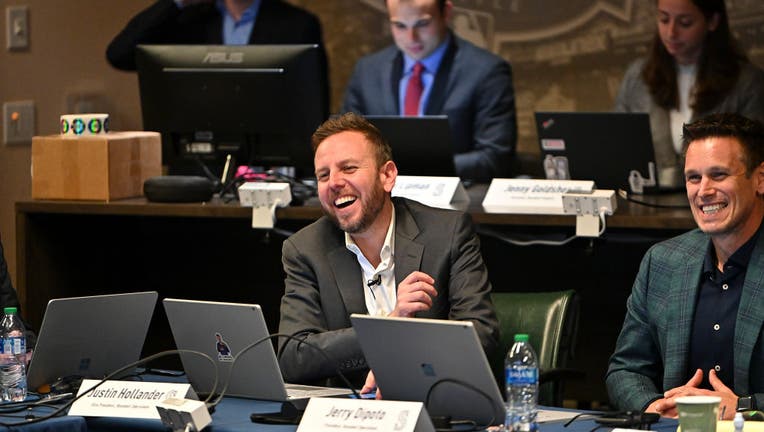 The Seattle Mariners have promoted Justin Hollander to executive vice president and general manager of baseball operations, the team announced on Sunday.

Hollander will continue to report to Jerry Dipoto, who remains president of baseball operations.

"My family and I are incredibly excited about this opportunity," Hollander said. "Thank you to John [Stanton], Chris [Larson] and all of the Mariners partners. And thank you to Jerry. The chance to continue working with Jerry, Scott and all of our baseball operations group as the general manager and to be a part of playoff baseball coming back to Seattle is a dream come true for me."

Hollander has been with the Mariners for six seasons after being hired as director of baseball operations in September 2016.

The Mariners might have teased the impending promotion for Hollander during their recent press conference to announce the extension of pitcher Luis Castillo. Hollander was prominently featured with Dipoto deferring to Hollander on several questions. Hollander was responsible for handling a large chunk of the negotiations with Castillo and his agent Rafa Nieves.

"Justin has been an integral part of our baseball ops leadership group and a wonderful partner to me throughout our time together," Dipoto said. "His passion, intelligence, people skills and creativity show up every day. Moving forward, the Mariners are simply a better organization with Justin in this role."

Hollander and Dipoto have worked together for a long time as they also were colleagues in the Los Angeles Angels organization. Dipoto was named general manager of the Mariners in 2015.