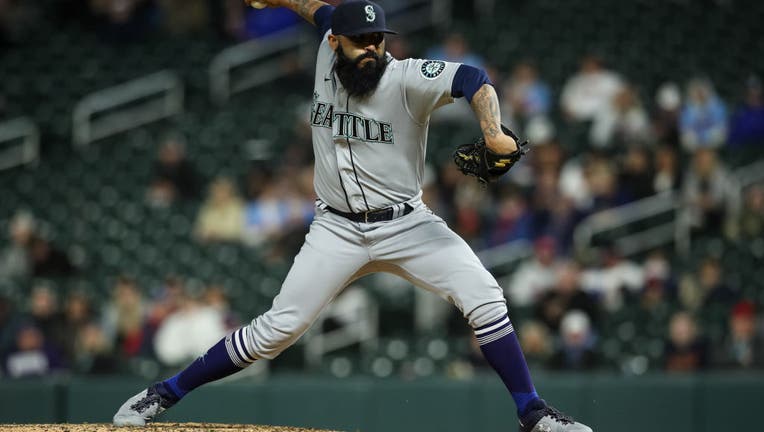 MINNEAPOLIS, MN - APRIL 11: Sergio Romo #54 of the Seattle Mariners delivers a pitch in his 800th career appearance in the sixth inning of the game against the Minnesota Twins at Target Field on April 11, 2022 in Minneapolis, Minnesota. The Twins def

Casey Sadler, who is out for the year following shoulder surgery, was moved to the 60-day injured list.

Romo, 39, is dealing with right shoulder inflammation following his latest appearance for the Mariners in Monday's 4-0 loss to the Minnesota Twins. Romo allowed one hit and struck out two in an inning of work. He's pitched two scoreless innings in his two appearances for the team so far this season.

Koch had not been a part of the team's 40-man roster. The move of Sadler to the 60-day IL opened up the roster spot for Koch's addition.