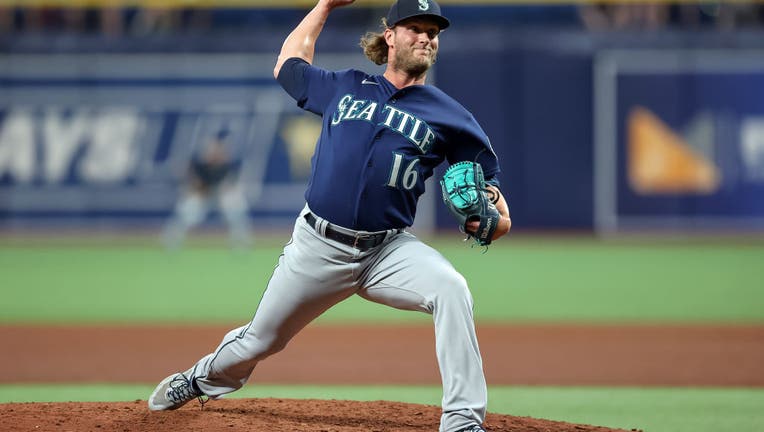 The Seattle Mariners placed right-handed pitcher Drew Steckenrider on the restricted list and promoted left-handed pitcher Roenis Elias from Triple-A Tacoma ahead of their series against the Toronto Blue Jays.

With Canada still having restrictions in place prohibiting unvaccinated people from entering the country, MLB has used the restricted list as a means to facilitate roster moves for games in Toronto.

Steckenrider, 31, was the only Mariners player to be placed on the list prior to the trip to Toronto. He had pitched in two of the team's last three games, including Sunday's 8-7 win over the New York Mets.

Manager Scott Servais said prior to Sunday's game in New York that "a couple players" wouldn't make the trip to Toronto. However, Steckenrider is the only one to be placed on the restricted list for now.

Per Ryan Divish of The Seattle Times, Servais said Monday starting pitcher Robbie Ray is also not with the team in Toronto. The Mariners adjusted their rotation last week so that Ray would start Sunday in New York and miss the Blue Jays series.

Elias, 33, is back with the Mariners for a third time in his career. He made his debut with the team in 2014 and spent two seasons with the team before being traded to Boston. He returned to the team for the 2019 season. He's missed the last two seasons due to a left flexor strain that eventually led to Tommy John surgery.

"He had a nice run with us earlier," Servais said of Elias. "The thing with (him) is you can pitch him in a number of different roles. You can get some length out of him. He can go a couple of innings, you can bring him in against a pocket of lefties, he's got weapons and he's got experience."

Elias appeared in 44 games with the Mariners in 2019 before being traded to the Washington Nationals. He posted a 4-2 record with a 3.64 ERA with 45 strikeouts and 17 walks in 47 innings pitched. Elias has a 4.30 ERA in 11 games with 11 strikeouts for Triple-A Tacoma this season.