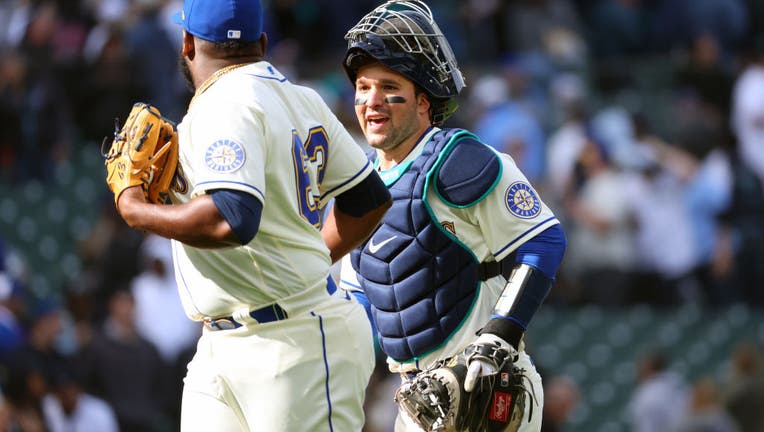 SEATTLE, WASHINGTON - APRIL 17: Diego Castillo #63 and Luis Torrens #22 of the Seattle Mariners celebrate after a 7-2 win against the Houston Astros at T-Mobile Park on April 17, 2022 in Seattle, Washington. (Photo by Abbie Parr/Getty Images)

SEATTLE - The Seattle Mariners have placed catcher Luis Torrens on the COVID injured list and called up infielder Mike Ford from Triple-A Tacoma.

"Luis Torrens tested positive for COVID so that's why you saw Mike Ford on the roster today," manager Scott Servais said. "That's the one adjustment. And we've lost a couple other support staff. Instant replay, Andy Bissell, is down (too). We had to shuffle some things around here a little bit."

Servais wore a mask in the dugout for his pregame interview session with reporters. Many players and team staff were wearing masks in the clubhouse as well due to the positive tests.

"Want to try to take all precautions," Servais said. "Hopefully everybody is vaccinated and go from there. With the protocols that MLB has in place, we just don't want to lose players. You start losing four, five, six, eight players, it can really affect the outlook of your games going forward so hopefully we can keep everybody healthy.

The team also placed outfielder Mitch Haniger on the COVID-19 list on Saturday after playing in the team's home opener Friday night.

Seattle Mariners outfielder Mitch Haniger has been placed on the injured list after testing positive for COVID Saturday morning.

Ford was not a part of the team's 40-man roster prior to the move. Torrens' placement on the COVID-19 list freed up a spot for Ford to join the roster.

Torrens caught for the Mariners in Sunday's 7-2 victory over the Houston Astros. Torrens has three hits in 13 at-bats (.231 average) with a walk and a strikeout. He's appeared in four total games with three starts at catcher and one at designated hitter.

Tom Murphy is starting at catcher against the Texas Rangers with Cal Raleigh on the bench as a backup for Robbie Ray's first start in Seattle with the Mariners after making his first two starts on the road in Minnesota and Chicago. 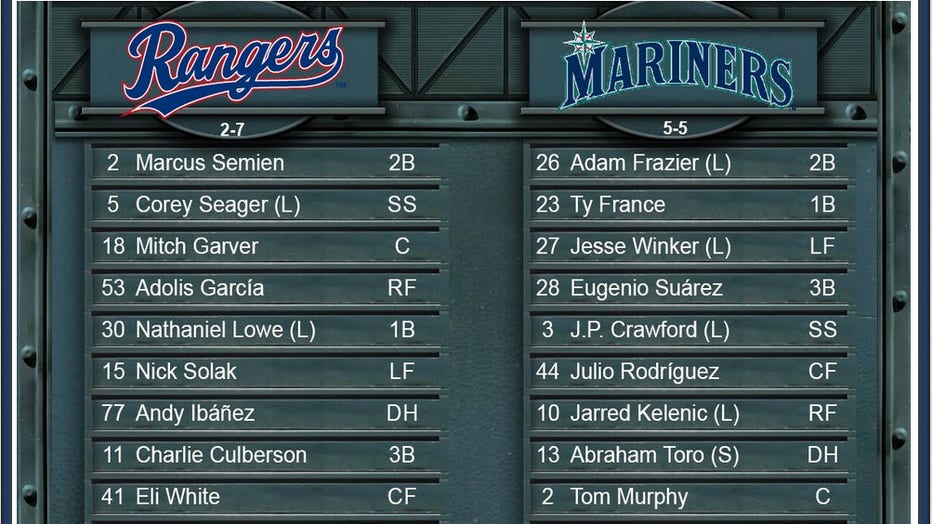