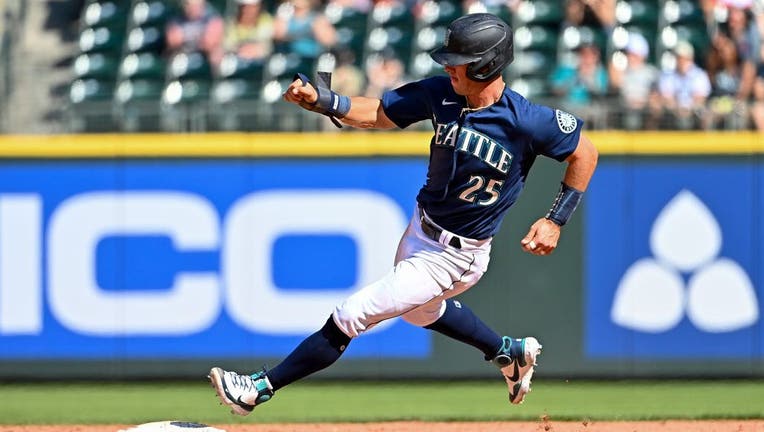 SEATTLE, WASHINGTON - AUGUST 25: Dylan Moore #25 of the Seattle Mariners rounds second base during the eighth inning against the Cleveland Guardians at T-Mobile Park on August 25, 2022 in Seattle, Washington. The Seattle Mariners won 3-1. (Photo by A

Moore hit a 3-run home run and played all nine innings of Sunday's 4-0 victory over the Cleveland Guardians. Moore still seemingly came out of the game ailing significantly enough that a move to the injured list was necessary.

Moore was on the injured list earlier in the month due to back spasms. Since returning from that stint on the IL, Moore was batting .278 in 14 games. He's also played every defensive position this season outside of catcher and pitcher for the Mariners.

Toro has played in 84 games for Seattle this year before being sent down on August 6. Toro is batting .180 with 11 doubles, a triple, eight home runs and 26 RBI.

Toro is in the lineup at second base for Tuesday night's game against the Detroit Tigers with Adam Frazier sliding over to shortstop with J.P. Crawford battling a pectoral strain. It's only the second start of Frazier's career at shortstop.