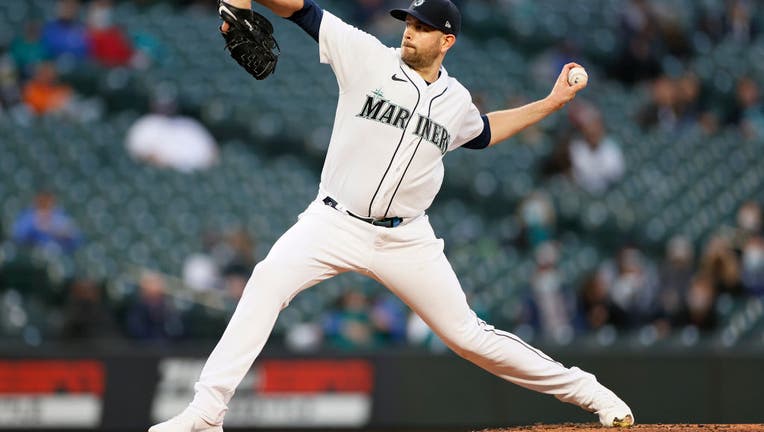 SEATTLE, WASHINGTON - APRIL 06: James Paxton #44 of the Seattle Mariners pitches in the first inning against the Chicago White Sox at T-Mobile Park on April 06, 2021 in Seattle, Washington. (Photo by Steph Chambers/Getty Images)

The news comes after unconfirmed reports last week said Paxton would have Tommy John surgery, but Servais said that has not been determined yet, according to MLB.com.

Last Tuesday, not even two innings in, Paxton said he was experiencing pain and discomfort to the point where he couldn't throw any more pitches.

He had an MRI at T-Mobile Park the following day, according to MLB.com.

This is Paxton's first season back with the Mariners after being traded to the New York Yankees back in 2018.