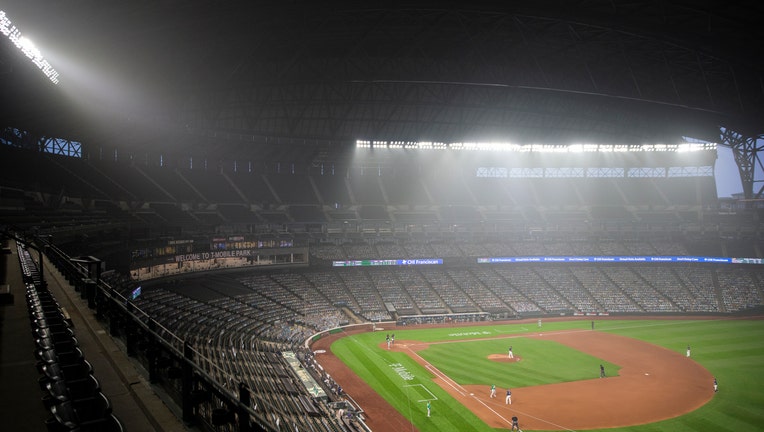 SEATTLE - The Mariners’ upcoming series against the Padres has been relocated to San Diego due to air quality concerns in the Seattle area.

Seattle will be the home team for all three games of the series that begins Friday night, meaning the Padres could be in position to clinch their first playoff berth since 2006 while playing as visitors in their home ballpark.

Seattle has three more home games remaining on its schedule beginning next Monday against Houston.

GET THE Q13 NEWS APP FOR BREAKING WEATHER ALERTS

The Mariners already had two games against the Giants moved from Seattle to San Francisco this week because of unhealthy air quality from numerous West Coast wildfires. The Mariners and Oakland Athletics played a Monday doubleheader in the smoke in Seattle and players expressed concern.

Seattle manager Scott Servais said the team learned of the change around 11:15 a.m. PDT, about two hours before first pitch against San Francisco. Seattle lost to the Giants 6-4.

Servais said when the team left Seattle on Wednesday morning, almost everyone believed it’d be a two-day trip.

“We were led to believe that everything was going to clear up in Seattle,” Servais said. “We can’t control the weather. It’s bigger than all of us and what’s going on there with the smoke and whatnot. Certainly understand why we have to go. But I don’t think anybody was really prepared for it.”

Five Major League Baseball games have now been moved due to wildfires. Forty-five games have been postponed due to COVID-19.