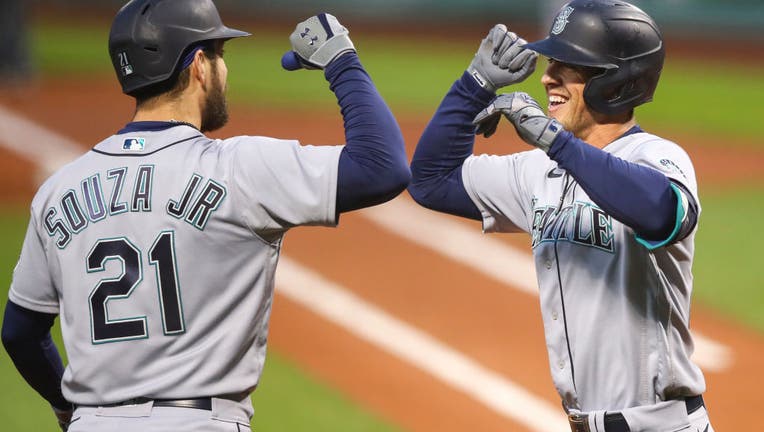 BOSTON, MA - MAY 19: Dylan Moore #25 reacts with Steven Souza Jr. #21 of the Seattle Mariners after hitting a three-run home run in the second inning of a game against the Boston Red Sox at Fenway Park on May 19, 2022 in Boston, Massachusetts. (Photo

Known best for his spectacular diving catch to preserve Jordan Zimmermann’s no-hitter eight years ago as a rookie, Souza said Tuesday on Twitter he is calling it a career. He appeared in six games earlier this season with the Seattle Mariners at age 33, going 3 for 19 at the plate. 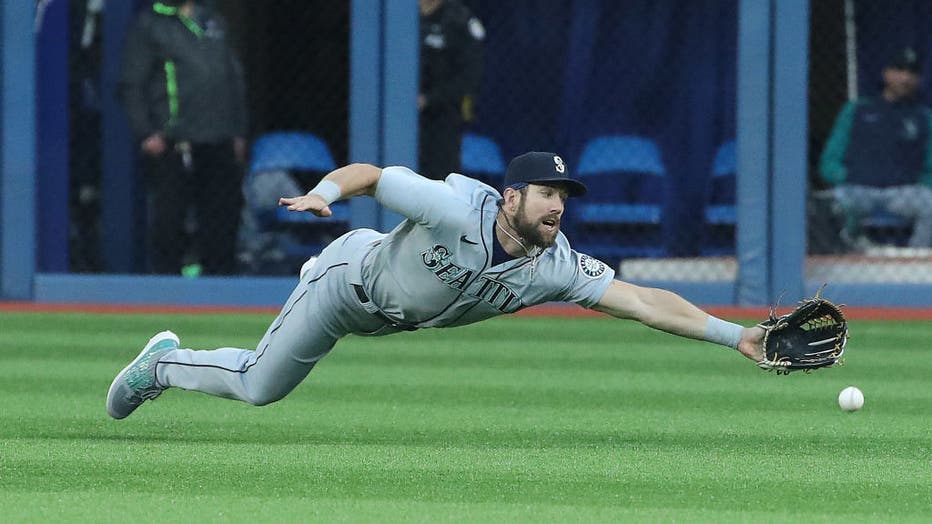 "It’s been an incredible journey that I dreamed as a kid I would be able to go on," Souza said in his Twitter post. "I want to give a special thanks to my wife and my family for supporting me during this amazing journey. Without your love and support, I never would have made it out of the (Gulf Coast League)."

Souza was a third-round pick of the Nationals in 2007. During his career, he was involved in a three-way trade twice: the 2014 deal that sent Trea Turner from the Padres to Washington and Wil Myers to San Diego, and one four years later that moved Brandon Drury to the New York Yankees.

The Everett, Washington, native hit .229 with 72 home runs and 207 RBIs in the regular season. He played 10 games on the Dodgers run to the NL Championship Series in 2021.

"I want to share my experiences and my love for the greatest game in the world with those who strive to (do) what I did," he tweeted. "Here’s to the next chapter."