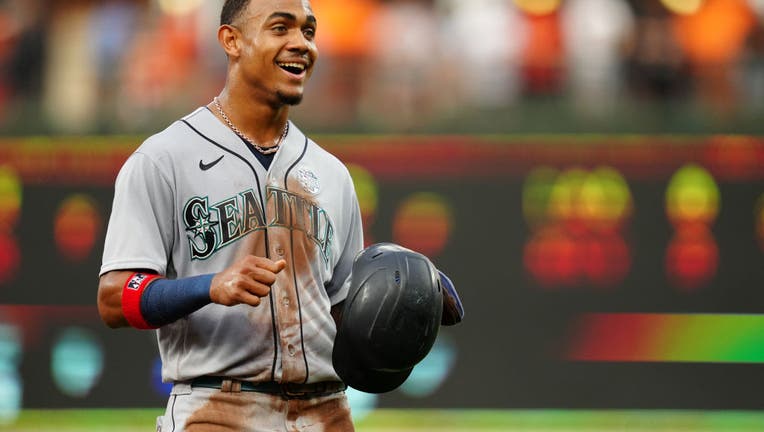 Seattle Mariners outfielder Julio Rodríguez has been named American League Rookie of the Month for May.

Rodríguez, 21, hit ,309 with six home runs, 17 RBI and five stolen bases in the month while slugging .527. He becomes the youngest Mariners player to ever win the award.

Among AL rookies, Rodríguez was first in hits, tied for first in home runs and stolen bases, second in RBI, and fourth in batting average.

Rodríguez raised his batting average from .205 at the end of April to .268 at the end of May with his performance throughout the month. He's now a fixture in the heart of the Mariners' lineup.

Rodríguez becomes the 5th different Mariners player to win Rookie of the Month along with Ichiro Suzuki, Rafael Soriano, Michael Pineda, and Mike Carp.. Suzuki is the only multiple winner as he took the award four times in 2011 en route to AL MVP honors.

Rodríguez had nine multi-hit games and six games with at least three hits during the month, becoming the first player age 21-or-younger to tally at least that many 3-hit games in a calendar month since Baltimore's Manny Machado tallied seven in May 2013.