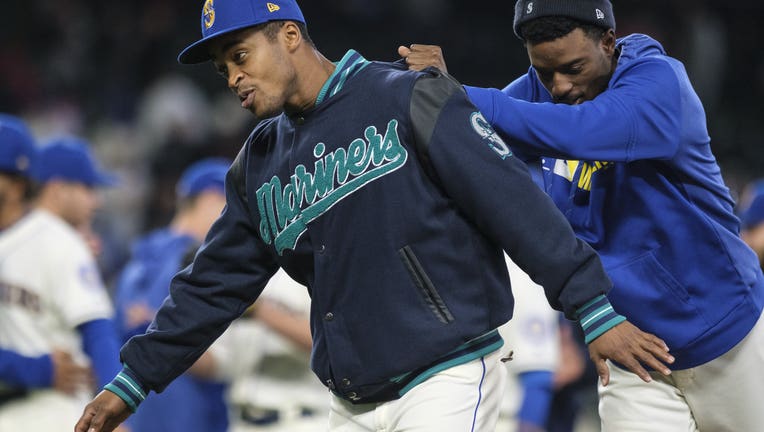 SEATTLE, WA - SEPTEMBER 29: Mallex Smith #0 of the Seattle Mariners and teammate Dee Gordon #9 celebrate after a game against the Oakland Athletics at T-Mobile Park on September 29, 2019 in Seattle, Washington. The Mariners won 3-1. (Photo by Stephen

The Washington Nationals have their first National League pennant after a four-game sweep of St. Louis, leaving the Seattle Mariners as the only team in Major League Baseball to never make a World Series.

The Nationals are heading to the World Series for the first time in the franchise's 39-year history, including their time as the Montreal Expos.

The Mariners, meanwhile, finished their dismal season with 68 wins and 94 losses, their worst record since 2011.

Last season was supposed to be a rebuilding year, and as their record shows, it was.

As Q13 sports director Aaron Levine points out, the Mariners also have the longest playoff drought in the "Big 4" sports.

Will changes to the coaching staff help?

The Mariners will not be bringing back third base and outfield coach Chris Prieto and bullpen coach Jim Brower for the 2020 season, while pitching coach Paul Davis is being reassigned within the organization.

Davis was hired after serving as the director of pitching analytics for St. Louis during the 2018 season. But Seattle’s revolving door of pitchers finished with a 4.99 ERA as a team and had the second-fewest strikeouts in the majors. He’s expected to take on an analytics role within the organization.