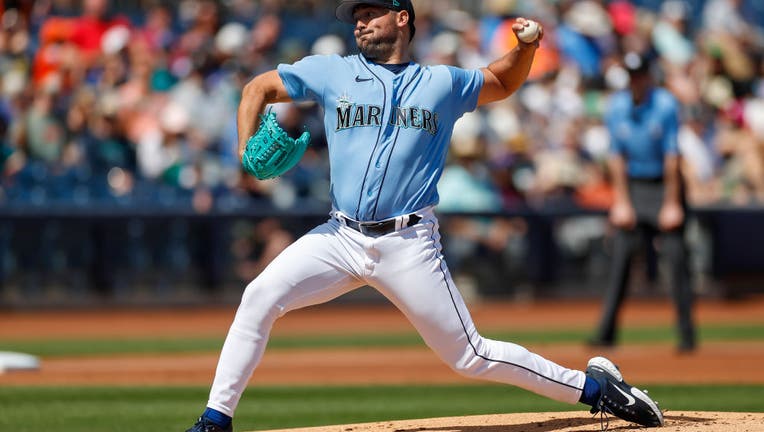 The Seattle Mariners announced Thursday that Robbie Ray will be the team's Opening Day starter on April 7 against the Minnesota Twins.

"For me, it's just like the thought of setting the tone for the season," Ray said, via Daniel Kramer of MLB.com. "I think it's important game, and looking forward to it."

The Mariners will face Twins rookie Joe Ryan in the season opener. Ryan made five starts last year for the Twins, posting a 4.05 ERA with 16 hits and 12 runs allowed with five walks and 30 strikeouts in 26 2/3 innings pitched.

Ray, 30, is the reigning American League Cy Young Award winner. He signed a five-year, $115 million deal with the Mariners in November ahead of the MLB lockout that shut down the league until earlier this month.

Ray is coming off the best season of his career with the Toronto Blue Jays. Ray compiled a 13-7 record with a 2.84 ERA and 248 strikeouts in 193 1/3 innings. Ray led all the major leagues in strikeouts and led the AL in ERA, games started and innings pitched.

Ray getting the Opening Day nod isn't a surprise. He is scheduled to make his final spring training start on Saturday against the Milwaukee Brewers. It puts him on schedule to make the start against the Twins on the traditional five-day rotation.

Logan Gilbert, Marco Gonzales and Chris Flexen follow in the rotation the team has utilized at spring training. Gilbert gets the second slot in the rotation to breakup Ray and Gonzales, who are both left-handed pitchers. The fifth spot in the rotation is thought to be between prospects Matt Brash and George Kirby.

Ray has spent seven full seasons in the majors after making his debut with the Detroit Tigers in 2014. He made the All-Star Game in 2017 with the Arizona Diamondbacks, His strikeout numbers have continued to improve with 235 in 2019 and then a career-high 248 strikeouts last season after a pandemic-shortened 2020.

Gonzales would be in line to start the Mariners' home opener against the Houston Astros on April 15.