Servais played in the big leagues for ten years as a catcher, spending most of his time with the Houston Astros.

He's a former major league catcher and was the assistant general manager for the Los Angeles Angels.

The Mariners first announced the new hire Friday in a news release. 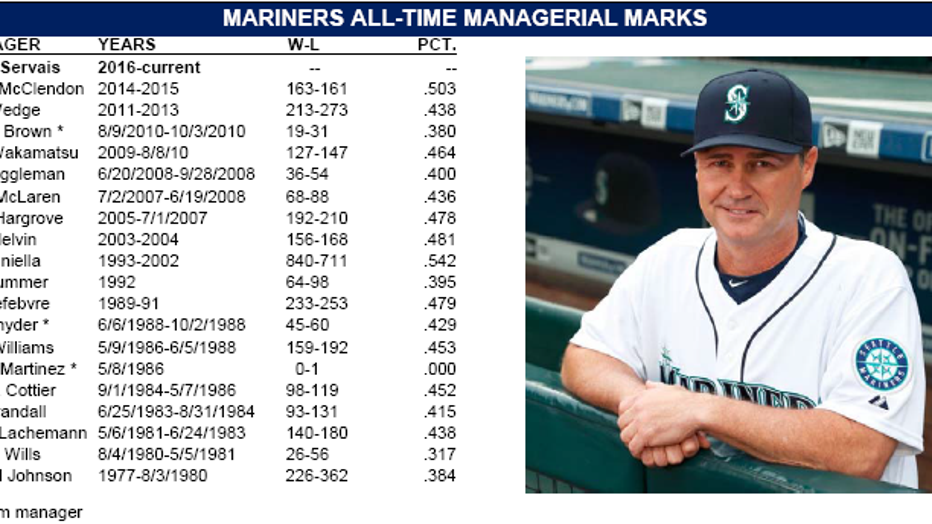