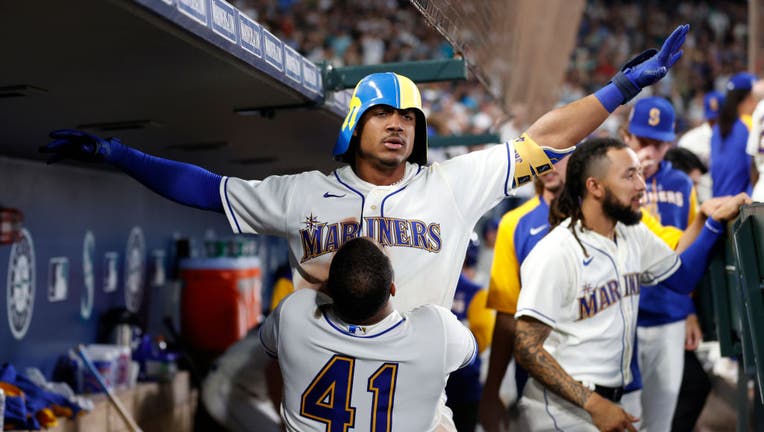 SEATTLE, WASHINGTON - SEPTEMBER 11: Julio Rodriguez #44 of the Seattle Mariners celebrates his home run with Carlos Santana #41 during the ninth inning against the Atlanta Braves at T-Mobile Park on September 11, 2022 in Seattle, Washington. (Photo b

SEATTLE - The Seattle Mariners start a two-game series at home against the San Diego Padres on Tuesday. This will be the third time these teams square off this season.

Mariners: Julio Rodriguez has 22 doubles, three triples and 25 home runs for the Mariners. Eugenio Suarez is 11-for-39 with a double, five home runs and seven RBI over the past 10 games.

Padres: Manny Machado leads the Padres with 63 extra base hits (34 doubles, a triple and 28 home runs). Jake Cronenworth is 10-for-38 with a double, three home runs and seven RBI over the last 10 games.