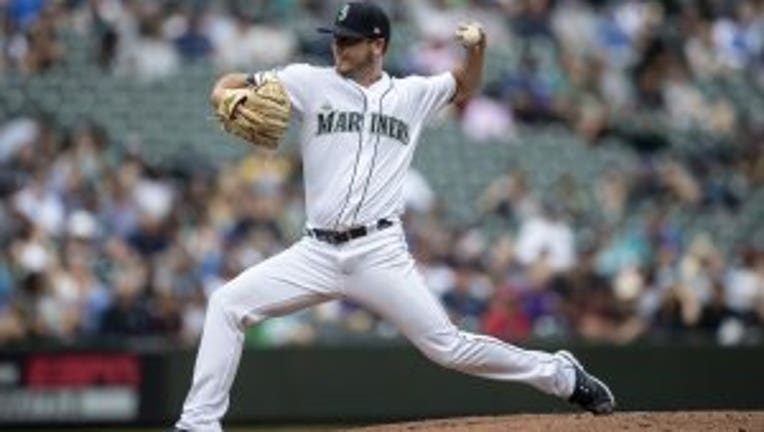 SEATTLE, WA - AUGUST 11: Reliever Wade LeBlanc #49 of the Seattle Mariners delivers a pitch during the second inning of a game against the Tampa Bay Rays at T-Mobile Park on August 11, 2019 in Seattle, Washington. The Rays won the game 1-0. (Photo by

SEATTLE (AP) — The Seattle Mariners have declined Wade LeBlanc's $5.5 million option for the 2020 season, and the left-hander will become a free agent.

LeBlanc was a starter for part of last season before being moved to the bullpen as the Mariners opted to give some of its younger prospects a chance in the rotation. LeBlanc appeared in 26 games with eight starts and had a 6-7 record and 5.41 ERA. LeBlanc's problem was giving up the long ball, allowing 28 home runs in 121 1/3 innings. Pitching mostly as a starter in 2018, LeBlanc was 9-5 with a 3.72 ERA.

LeBlanc's option would have become guaranteed if he had reached 160 innings last season. LeBlanc will receive a $450,000 buyout.

The veteran has pitched for seven different teams during his 11 seasons.