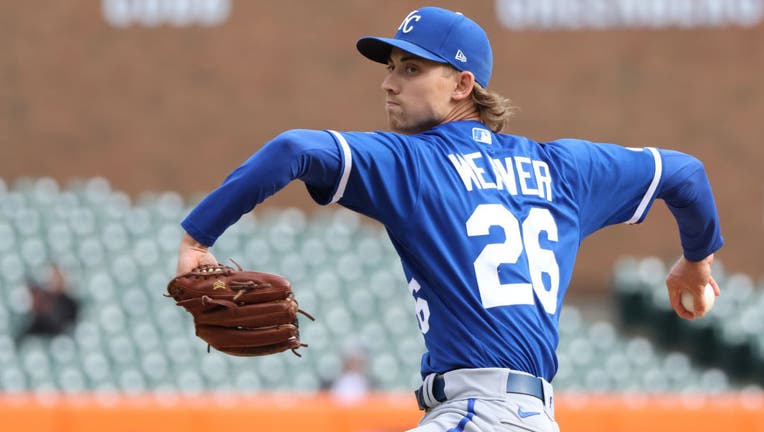 To clear room on the 40-man roster, outfielder Derek Hill was designated for assignment.

Weaver appeared in 26 games last season for the Royals and Arizona Diamondbacks. He posted a 1-1 record with a 6.56 ERA with 38 strikeouts and 13 walks. He was traded from Arizona to Kansas City in August.

Weaver was selected by the St. Louis Cardinals with the 27th overall pick in the 2014 MLB Draft. He's appeared in parts of seven MLB seasons with the Cardinals, Diamondbacks and Royals going 24-36 with a 4.79 ERA with 462 strikeouts and 148 walks in 115 career games that included 81 starts.

Weaver had a memorable moment with the Mariners earlier this year when he and Seattle pitcher Robbie Ray – teammates together with Arizona previously – had a standoff during and after the national anthem being played where neither would leave the field. Eventually both players were ejected with Ray outlasting Weaver in the standoff.

Hill was claimed off waivers from the Detroit Tigers in August by Seattle. He appeared In 34 games with Triple-A Tacoma, batted .236 with19 runs scored, five doubles, two triples, five home runs and 19 RBI.

He appeared in 31 games with Detroit in 2022, batting .229 with eight runs scored, two doubles, and a home run with three RBI and three stolen bases.