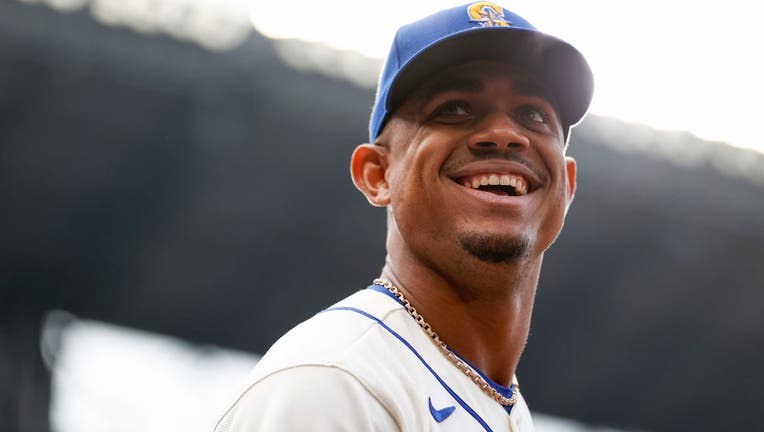 SEATTLE, WASHINGTON - SEPTEMBER 14: Julio Rodriguez #44 of the Seattle Mariners looks on during the ninth inning against the San Diego Padres at T-Mobile Park on September 14, 2022 in Seattle, Washington. (Photo by Steph Chambers/Getty Images)

That means any combination of two more Seattle wins or losses by Baltimore will clinch a playoff spot for the Mariners.

J.D. Martinez hit a two-run homer to break an eighth-inning tie, Zack Kelly earned his first career victory and the Boston Red Sox beat Baltimore 5-3 on Thursday to drop the slumping Orioles to the brink of postseason elimination.

Baltimore led 2-0 before falling behind, then tied it at 3 on Kyle Stowers’ seventh-inning homer. But Dillon Tate (4-4) walked the leadoff batter in the eighth and one out later Martinez sent a ball over the Green Monster and onto Lansdowne Street.

It was the fifth loss in six games for the Orioles, who entered the day 4½ games behind Seattle for the third and final AL wild-card berth. Baltimore’s loss meant the Blue Jays are heading into the playoffs.

The Mariners' magic number went down to three after the M's beat the Texas Rangers 3-1 on Wednesday.