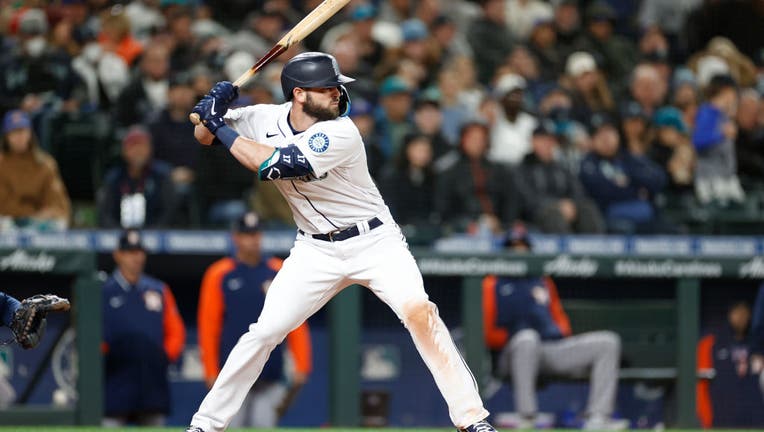 SEATTLE, WASHINGTON - APRIL 15: Mitch Haniger #17 of the Seattle Mariners at bat against the Houston Astros during the sixth inning at T-Mobile Park on April 15, 2022 in Seattle, Washington. All players are wearing the number 42 in honor of Jackie Ro

The Seattle Mariners have activated outfielder Mitch Haniger from the COVID-19 injured list after nearly two weeks out of the lineup.

Haniger was placed on the list on April 16 after testing positive following the team's home opening victory over the Houston Astros. He was the first of many Mariners to be sidelined over the following week as catcher Luis Torrens, reliever Paul Sewald, manager Scott Servais, bench coach Manny Acta and infield coach Perry Hill were among those to test positive.

Haingier is in the lineup as the designated hitter and will bat fourth against the Marlins tonight.

Haiger was batting .176 with three home runs, a double, a walk, seven RBI and three runs scores in eight games played prior to his absence.

To open a spot on the roster, the Mariners designated reliever Matt Koch for assignment. He appeared in four games for the Mariners, allowing four runs in 4 ⅓ innings pitched. He signed a minor league deal with the team this offseason and began the year in Triple-A with the Tacoma Rainiers.