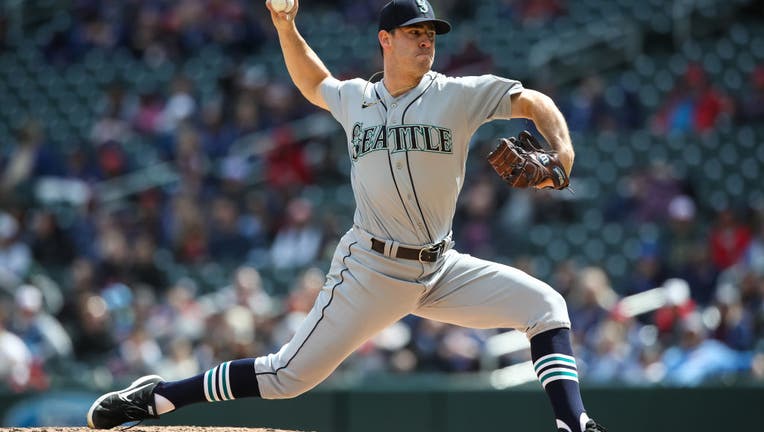 MINNEAPOLIS, MN - APRIL 10: Matt Festa #67 of the Seattle Mariners delivers a pitch against the Minnesota Twins in the third inning of the game at Target Field on April 10, 2022 in Minneapolis, Minnesota. The Twins defeated the Mariners 10-4. (Photo

Festa has appeared in three seasons with the Mariners before Tommy John surgery in 2020 took him out of action for the last two years.

Mills, 27, has appeared in eight games for the Mariners this season, posting a 4.15 ERA in 8 ⅔ innings pitched.