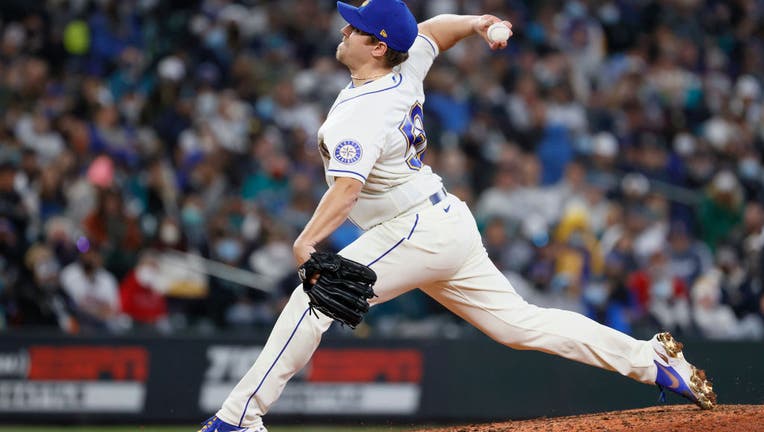 SEATTLE - The Seattle Mariners activated right-handed pitcher Erik Swanson from the 15-day injured list on Friday ahead of their weekend series with the Boston Red Sox.

Left-handed pitcher Anthony Misiewicz was optioned to Triple-A Tacoma to clear a spot on the team's 26-man roster.

Swanson, 28, has been on the injured list since May 14 with right elbow inflammation. He made a rehab appearance with High-A Everett last Friday and Tacoma on Tuesday ahead of his return to the roster.

"Well, Swanny was off to a great start. It really hurt us when we lost him for a while. We'll see what tonight brings," manager Scott Servais said. "You can say I'd like to give him a soft landing first time out there but it doesn't often work out that way. We'll see what the game calls for, but glad to have him back. The key for him early on was not just the fastball but his ability to get command of the secondary pitches. The slider and the split really were effective for him and hopefully we see that when he gets back out there."

Seattle Mariners designated hitter/outfielder Kyle Lewis was placed on the 7-day concussion injured list on Wednesday after a pitch from Houston Astros starter Jose Urquidy hit him in the head on Saturday.