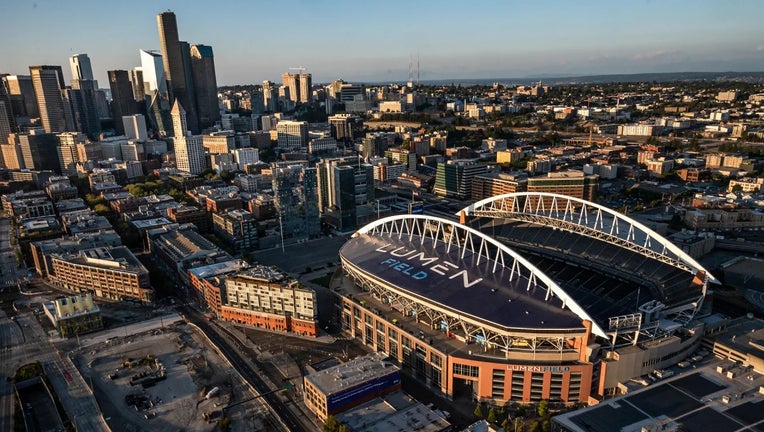 SEATTLE - Lumen Field will now finally look the part—Seattle’s iconic sports venue will show off its brand new name and signage at the Seahawks' home opener against the Tennessee Titans this Sunday.

Formerly known as CenturyLink Field, Lumen Field was announced in November 2020. It took some time, but more than 5,000 stadium signs have been replaced with state-of-the-art, environmentally-friendly signage bearing the venue’s new name.

"With its new name officially illuminating the Seattle skyline, we are thrilled to introduce the community and the 12s to a new era of sports and entertainment at Lumen Field," said Seahawks and First & Goal Inc. President Chuck Arnold. "Together with our partners at Lumen, we can't wait for the stadium to continue its legacy as a premier Pacific Northwest venue and a place where we can gather as a community for years to come."

Video of Lumen Field showing off its brand-new, state-of-the-art signage. (Courtesy of the Seattle Seahawks)

Fans will be officially introduced to Lumen Field during the Seahawks opener against the Titans, with kickoff slated for 1:25 p.m. on Sunday.

Switch to Q13 FOX immediately following the game for exclusive interviews and analysis on Seahawks Gameday.

"Lumen is working to further human progress through technology, and our partnership with the Seattle Seahawks is bringing that purpose to life in new ways. Our technology is enhancing the fan experience in the stadium, the viewer experience at home, and bringing new digital experiences for people in Seattle and all over the world," said Lumen CMO Shaun Andrews.  "It is such an honor for our Lumen name to become part of the iconic Seattle skyline.  And, in a true Seattle Seahawks approach, we were able to work with them to go big – we are lighting up the skyline with letters that are over 7 feet tall."

According to the Seahawks and First & Goal, more than 5,000 signs were replaced and roughly 3,500 pounds of old signage was recycled or reused.

Additionally, new banners on the north stairs use a Titanium Dioxide solution that cleans the equivalent of 36 cars’ worth of pollution in a year.