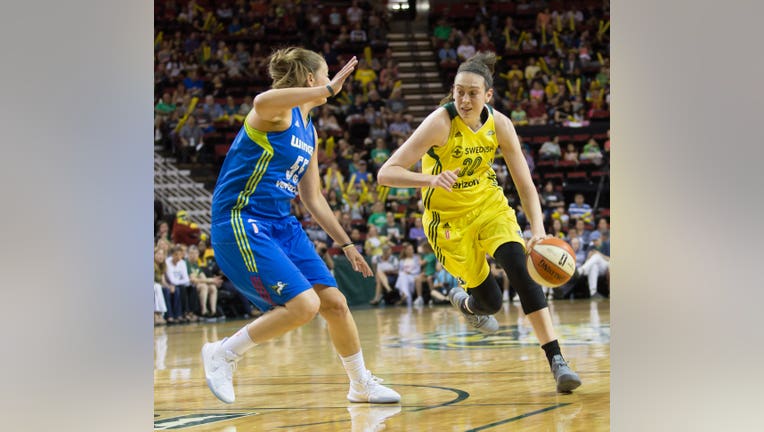 Stewart topped 500 career rebounds to set a WNBA record for fewest games to reach that mark and also score 1,000 points at 55.

Seattle scored 34 points in the first quarter and led 60-45 at halftime behind Crystal Langhorne's 14 points. Carolyn Swords beat the third-quarter buzzer on a layup to extend Seattle's lead to 86-70.

Skylar Diggins-Smith banked in a shot with 5:01 remaining to get Dallas to 94-85. But Loyd hit two free throws at the other end and Seattle led by double figures the rest of the way.

Diggins-Smith scored 18 points, and Glory Johnson had 16 points and eight rebounds for Dallas (11-13).