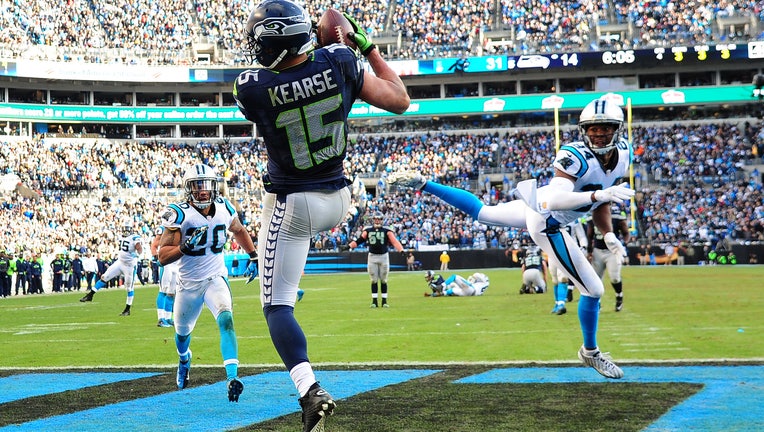 CHARLOTTE, NC - JANUARY 17: Jermaine Kearse #15 of the Seattle Seahawks makes a catch for a touchdown against the Carolina Panthers during the NFC Divisional Playoff Game at Bank Of America Stadium on January 17, 2016 in Charlotte, North Carolina. (P

SEATTLE - Jermaine Kearse, a Lakewood native who played for the Huskies and the Seahawks, is retiring from the NFL after eight seasons.

"Seattle, as a hometown kid it was a complete honor to represent you guys out there on the field. Thank you so much for your endless support throughout my football career. It was an honor to put on that Hawks uniform and I’m so grateful I was able to help bring our first Super Bowl home! Something We will never forget."

Kearse was part of the Seahawks 2014 Super Bowl win, then went on to play for the Jets and the Lions.

He broke his leg during week 1 of preseason last year and was put on IR.