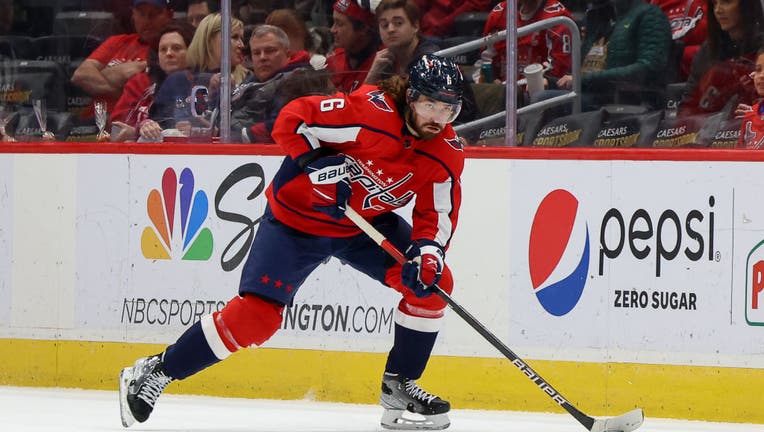 WASHINGTON, DC - MARCH 28: Michal Kempny #6 of the Washington Capitals carries the puck up the ice during a game against the Carolina Hurricanes at Capital One Arena on March 28, 2022 in Washington, D.C. (Photo by John McCreary/NHLI via Getty Images)

The Seattle Kraken have signed defenseman Michal Kempny to a one-year contract, the team announced on Monday.

Kempny, 32, appeared in 15 games for the Washington Capitals last season, recording a goal and an assist. He also played 24 games for the Hershey Bears, Washington’s American Hockey League affiliate. He had seven assists during his time in Hershey.

Kempny has played in 247 career NHL games for the Capitals and Chicago Blackhawks. He won a Stanley Cup with Washington in the 2017-18 season, recording five points on two goals and three assists in 24 playoff games.

Kempny has 63 points (15 goals, 48 assists) over five NHL seasons. He’s dealt with a myriad of leg injuries in recent seasons, which included a torn hamstring, torn Achilles and a knee injury.

Kempny is a left-handed defenseman that will add some more veteran depth to the Kraken’s blue line options. He was a teammate of new Kraken free agent signing Justin Schultz in Washington as well.