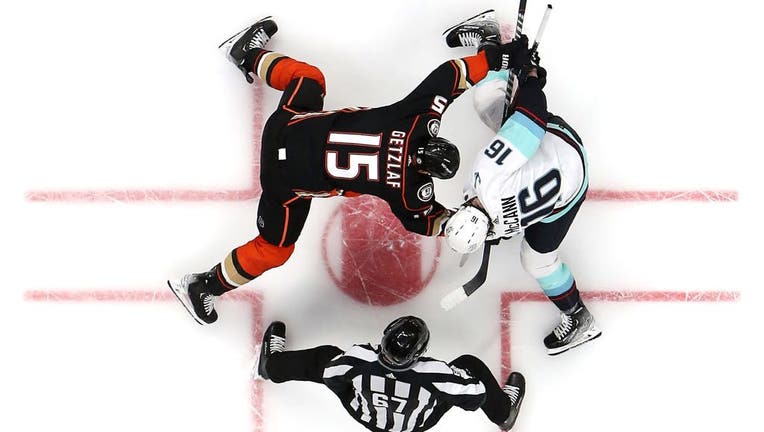 ANAHEIM, CALIFORNIA - DECEMBER 15: Ryan Getzlaf #15 of the Anaheim Ducks faces off against Jared McCann #16 of the Seattle Kraken during the second period of a game at Honda Center on December 15, 2021 in Anaheim, California. (Photo by Sean M. Haffey

The Seattle Kraken will open their second season of play on the road against the Anaheim Ducks on Oct. 12 with a home opener against the Vegas Golden Knights on Oct. 15.

The Kraken will also get an early test against the defending Stanley Cup Champion Colorado Avalanche on the road in just their fifth game of the season on Oct. 21.

Mark Giordano, the Kraken's first-even team captain, Hart Trophy winner Auston Matthews and the Toronto Maple Leafs are set to return to Seattle on Feb. 26. The game with Toronto will also be a Kids Day game.

Seattle will play six preseason games beginning on September 26 against the Oilers. They will play home-and-home matchups with the Oilers, Calgary Flames and Vancouver Canucks in the lead up to their season opener in Anaheim.

The regular season will conclude against the Golden Knights on April 13. 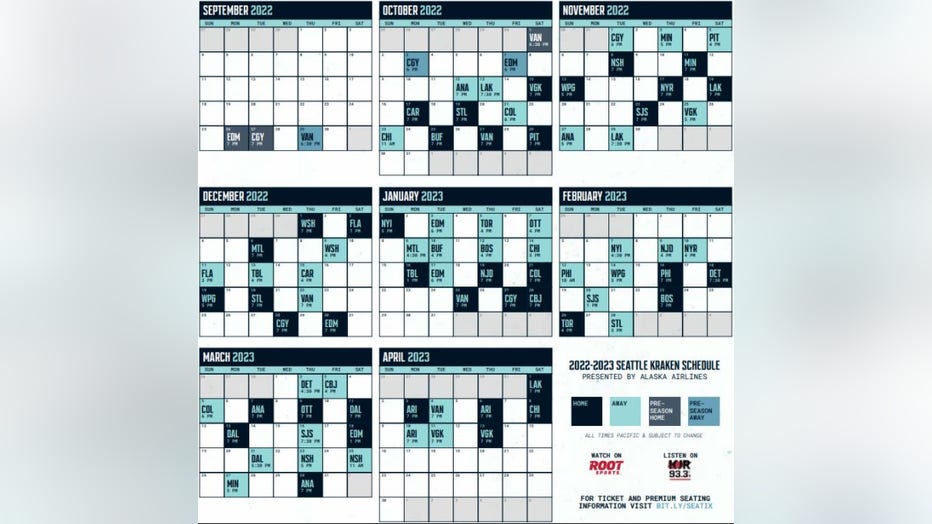