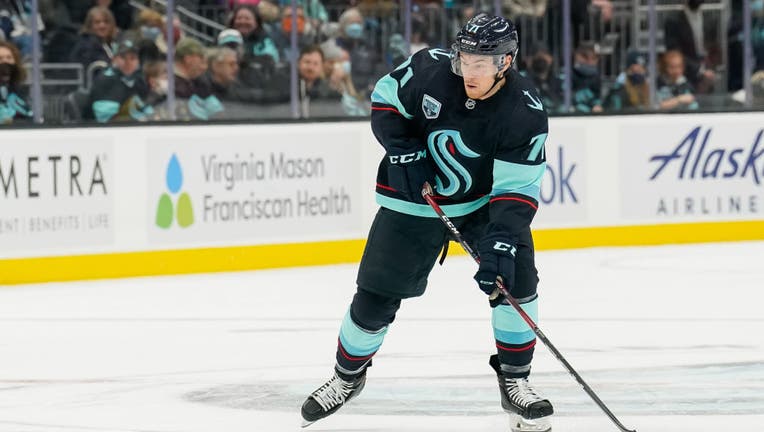 SEATTLE, WASHINGTON - DECEMBER 29: Max McCormick #71 of the Seattle Kraken skates the puck through the neutral zone during the first period of a game between the Philadelphia Flyers and the Seattle Kraken at Climate Pledge Arena on December 29, 2021

SEATTLE - The Seattle Kraken have re-signed forward Max McCormick to a two-year deal worth $1.525 million.

McCormick, 30, appeared in 10 games for the Kraken this season while splitting his time with the Charlotte Checkers of the American Hockey League. He totaled 29 points (13 goals, 16 assists) in 46 games with the Checkers,

"Max is a valuable part of the leadership group in Charlotte as they begin their playoff run," Kraken General Manager Ron Francis said in a statement. "He impressed us with his play in Seattle and we are excited that he is returning to our organization for the next two years."

McCormick will give Seattle a two-way player that can split time between Seattle and their AHL affiliate, the Coachella Valley Firebirds, next year. The Kraken shared the Charlotte affiliate with the Florida Panthers this season, but next year will need to roster an entire minor league team.