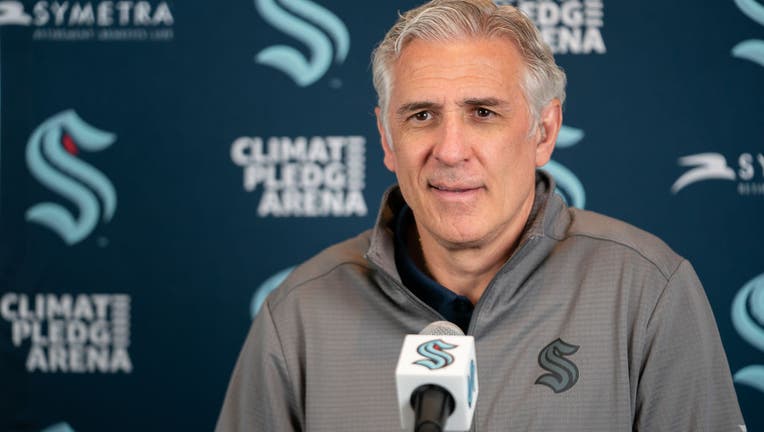 Seattle had an 11.5 percent chance to win the top overall pick after finishing with the third-worst record in the NHL this season. The Montreal Canadians, who had the best odds of getting the top pick, won the top overall selection. The New Jersey Devils, who had the fifth-best odds, will pick second overall.

Only the first two picks are determined via the lottery, the rest of the draft order slots in reverse order of record.

Getting the fourth pick likely takes Seattle out of the running for center Shane Wright, who is viewed as the top prospect in the class out of Kingston Frontenac of the Ontario Hockey League. Slovakian winger Juraj Slafkovsky and USA Under-18 National Team Development Program center Logan Cooley are also in the mix for the top pick.

Matthew Savoie of the Winnipeg Ice of the Western Hockey League is another junior center that could be available in the top five for Seattle.

Czech Republic's David Jiricek and Slovakia's Simon Nemec are a pair of right-handed defensemen that could make sense for the Kraken as well.

General manager Ron Francis said that they have seven or eight players that they will have under consideration for the No. 4 overall pick.

"I think there's good players, there's good players at all positions," Francis said. "I think there's players in North America, players in Europem so it is a good class especially at the top and we're we're gonna pick. The only time you control the draft is when you pick at one and we don't pick at one, so we'll have our list ready and we'll see where the three teams go in front of us and we'll be ready to make our selection at four when that time comes."

The Kraken selected center Matty Beniers with the No. 2 overall pick last year in their first draft as a franchise. Seattle currently has 12 selections in the draft: one first-round pick, four seconds, one third, three fourths, and one pick in each of the fifth, sixth and seventh rounds.

Another skilled center that can jump into the top six for the Kraken along with Beniers and an offensively oriented right-handed defenseman are two areas of need for Seattle. Last year's second round pick Ryker Evans could soon make the leap to the NHL to help address the defensive shortfall.

Francis said there is a group of players they believe are knocking on the door of being NHL-ready.

"We feel pretty comfortable that we can get guys in the top, you know, we felt probably top 5-6 that could step in in the next couple of years," Francis said. "We feel there's a couple players that can step into this year's lineup probably in the NHL, whether they get to us at (No.) 4 and we're able to pick them or not remains to be seen, but there are talented players in this draft."