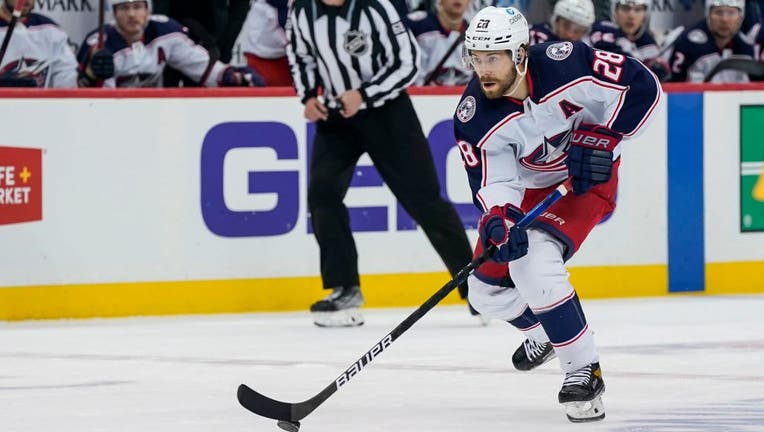 The Seattle Kraken have acquired right winger Oliver Bjorkstrand from the Columbus Blue Jackets in exchange for a pair of mid-round draft picks next year.

Bjorkstrand, 27, is coming of a career year for the Blue Jackets. He set career-highs in goals (28), assists (29), points (57), power play goals (nine) and power play points (19). He was Columbus' leading goalscorer last season in 80 games played.

"We’re excited to welcome Oliver to our organization," Kraken general manager Ron Francis said in a statement. "He’s coming off of a career year offensively playing top minutes in Columbus. His creativity and hockey sense will be good additions to our forward group."

Seattle sent a third- and fourth-round pick in next year's draft in exchange for Bjorkstand. The third-round pick was acquired from Calgary in the Calle Jarnkrok trade. The fourth-round pick came from the Winnipeg Jets in a trade for Mason Appleton.

Bjorkstrand has four years remaining on his contract, which is worth $5.4 million a year in average annual value. Columbus was in need of shedding salary after their signing with former Calgary Flames standout Johnny Gaudreau in free agency.

Bjorkstand brings another proven NHL forward to Seattle. Along with the addition of Andre Burakovsky in free agency, the Kraken have added some capable veteran pop to their offensive attack.

Bjorkstrand played three seasons for the Portland Winter Hawks of the WHL from 2012-2015. He was selected in the third round of the 2013 NHL Entry Draft by Columbus. He would play in 12 games for the Blue Jackets in the 2015-16 season and split time between the NHL and AHL through the 2016-17 season before remaining with the Blue Jackets full time.