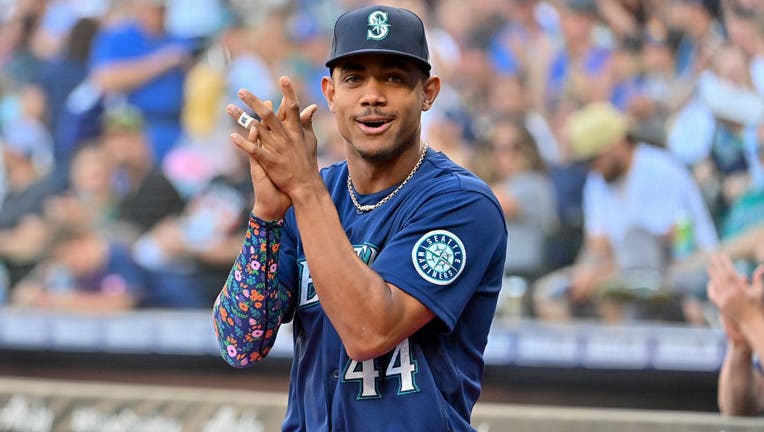 SEATTLE, WASHINGTON - JULY 22: Julio Rodriguez #44 of the Seattle Mariners claps as he is introduced before the game against the Houston Astros at T-Mobile Park on July 22, 2022 in Seattle, Washington. (Photo by Alika Jenner/Getty Images)

Rodríguez took part in batting practice pregame and was on the field alongside fellow All-Star Ty France to catch ceremonial first pitches from former Mariners Mike Cameron and Bret Boone.

Rodríguez did expend a lot of energy in mashing 81 home runs as part of the Home Run Derby at Dodger Stadium in Los Angeles on Monday night. It didn't keep him from playing in the All-Star Game on Tuesday night. When asked pregame Friday how long it took him to bounce back from the Home Run Derby, he replied with a chuckle "I'm 21! I'm all good."

But just prior to first pitch, word came from the Mariners that Dylan Moore would be getting the start in center field instead.

Rodríguez sustained a hairline fracture of his left wrist during the team's summer alternate site camp in July 2020.