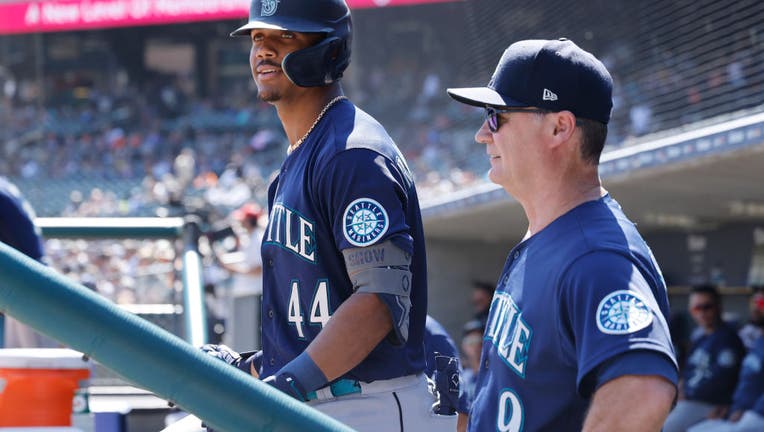 Seattle Mariners center fielder Julio Rodríguez and manager Scott Servais have been named as finalists for the American League Rookie of the Year and Manager of the Year awards, respectively.

Rodríguez is joined by Baltimore Orioles catcher Adley Rutschman and Cleveland Guardians outfielder Steven Kwan as finalists for the rookie of the year award. Meanwhile, Servais is joined by Guardians manager Terry Francona and Orioles manager Brandon Hyde as finalists.

Rodríguez was the only rookie to be named to the AL All-Star team this season. Rodríguez became the third Mariners player age 21-or-younger to be named an All-Star, joining Ken Griffey Jr. (2x) and Alex Rodríguez (2x). He also participated in the MLB Home Run Derby at Dodger Stadium, hitting the most home runs (81) and finishing in second place to Juan Soto.

Rodríguez led all rookies with 28 home runs, ranked second in runs scored (84), RBI (75), extra-base hits (56) and stolen bases (25), and was third in hits (145). He became the first player with 25-plus home runs and 25-plus stolen bases in a debut season in Major League history, as well as the fastest (125 career games) to reach those feats, surpassing Mike Trout of the Los Angeles Angels (128 G).

Meanwhile, Servais piloted the Mariners to their first playoff appearance in 21 years as he led the team to the ALDS before losing to the eventual World Series champion Houston Astros. Servais was a runner-up for the award last season that went to Tampa Bay Rays manager Kevin Cash.

Servais joined Lou Pinella as the only managers in franchise history to record two consecutive 90-win seasons. After a dismal 29-39 start to the year, Servais and the Mariners finished the season as one of the hottest teams in baseball. Seattle went 61-33 over the rest of the season to earn their playoff berth. The .649 winning percentage over that stretch was second only to the Astros in the AL.

Though seven seasons since Servais took over as Mariners manager in 2016, Seattle leads MLB in both 1-run wins (189) and 1-run winning percentage (.573). He has compiled 528 managerial wins and a .512 winning percentage during that span, both ranking second in franchise history behind Piniella.

Servais would become just the second Mariners manager to win the award alongside Pinella, who did so twice in 1995 and 2001.